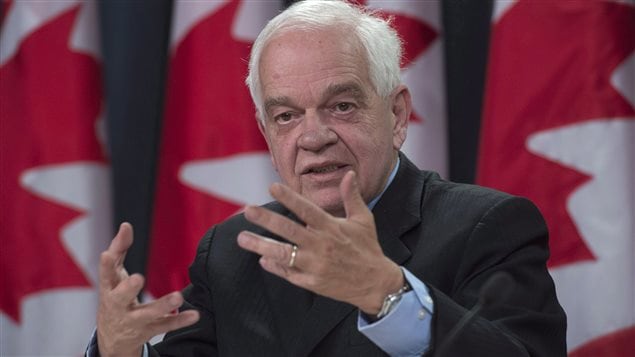 The Liberals are scrapping parts of a controversial legislation brought under the previous Conservative government, which gave Ottawa the power to strip Canadian citizenship from dual citizens convicted of terrorism, spying and high treason offences.

The government said Thursday that it will restore the Canadian citizenship of anyone who had it revoked under Bill C-24, since it came into effect in May 2015.

One of the first beneficiaries of the new legislation will be Zakaria Amara, a member of the so-called Toronto 18 terrorist group, who had his Canadian citizenship revoked last September. Amara, a Jordanian-Canadian, pleaded guilty to plotting to set off a bomb in downtown Toronto and was sentenced to life in prison in 2010.

Under the old Conservative law he would have been deported to his native Jordan after finishing serving his sentence in Canada.

Asked about the optics of restoring Amara’s citizenship, Immigration Minister John McCallum said that it is “a question of principle” for the government.

The government would still be able to revoke citizenship from those who misrepresent who they are during the immigration process or who are guilty of citizenship fraud, McCallum told reporters.

Under the previous law there was a risk of a “slippery slope,” he said.

“It should be very concerning for the Canadian public,” she told reporters Thursday. “Anybody who comes to Canada and takes a citizenship oath with malice in their heart against our country… I think that we have to question what that means in terms of how we as a country look at Canadian citizenship.”

The new bill also reduces the time immigrants must spend in Canada before they can apply for citizenship and eases language requirements for new arrivals.

The Citizenship Act currently requires applicants to be physically present in Canada for four of six years before applying for citizenship. The new bill would reduce that to three of five years.

The current act also requires immigrants between the ages of 14 and 64 to demonstrate a knowledge of one of Canada’s official languages – English or French.

Under the proposed changes, applicants between the ages of 18 and 54 would be required to show language proficiency. The move would remove “a potential barrier to citizenship for applicants in both the younger and older age groups,” the government said.

The government will also restore the 50 per cent credit for international students who may once again count each day they were physically present in Canada before becoming a permanent resident as a half-day toward meeting the physical presence requirement for citizenship, up to a maximum of one year of credited time.

“International students are the perfect candidates to become Canadian citizens and we are seeking them out as are other countries around the world,” McCallum said, calling the Conservative decision to revoke the credit ‘the stupidest part of Bill C-24’. “It makes no sense for Canada to punch them in the nose by taking away their 50 per cent credit rather than nurturing them and seeking to welcome them in our midst.”

The changes to the Citizenship Act won’t come into effect until they receive royal assent. McCallum said the Liberals who enjoy a strong majority in the House of Commons hoped to pass the new law “as soon as possible.” However, the bill could run into problems in the Conservative dominated Senate.