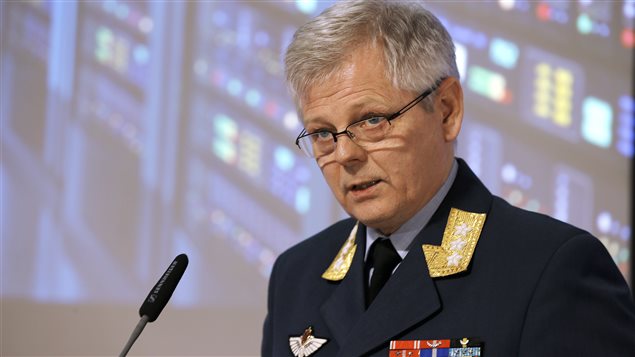 An annual intelligence assessment, which in large part focuses on Russia’s actions in the Arctic, released by Norway’s foreign intelligence service last week is drawing a lot of interest among defence and security experts in circumpolar countries, including Canada.

The report entitled Fokus 2016 was presented to the public on Wednesday by the head of the Norwegian Intelligence Service (NIS) Lt. Gen. Morten Haga Lunde.

“Russia shows increased willingness and ability to use a wide range of instruments to achieve its political goals, and the modernization of its military powers enhances the ability to influence, also in the high north,” The Independent Barents Observer online news portal quoted from Fokus 2016.

Russia has re-established military infrastructure in the Russian Arctic over the last few years, reorganized and modernized its Arctic military units, increasing their capabilities with, new and modernized equipment, the NIS claims.

“From a Russian perspective the sum of these primarily defensive measures helps to create the necessary conditions for ensuring national control in Russia’s Arctic regions and protect the nation against threats from a northerly direction,” says the report. “It also increases Russia’s ability to restrict Norwegian and allied freedom of action in the North Atlantic, the Norwegian Sea, the Baltic Sea and the Black Sea.”

The report’s focus on Russia is natural, given that both countries share a land border along the Kola Peninsula and a maritime boundary in the Barents Sea, said Prof Michael Byers, Canada Research Chair in Global Politics and International Law at the University of British Columbia.

(click to listen to the full interview with Prof Michael Byers)

The most relevant point of the report for Canada’s Arctic policy was a statement made by Lt. Gen. Lunde in connection with the release of Fokus 2016, Byers said.

“Russia is no military threat to Norway today, but Russia has clearly displayed a willingness to use all the resources available to it in order to protect its interests inside Russia and abroad,” Lt. Gen. Lunde said in the statement.

“It’s not an alarmist report, it’s actually fairly cautious,” said Byers. “And this is a very important point for Canada: Russia is no military threat to Norway because in the Arctic Russia has been behaving itself.” 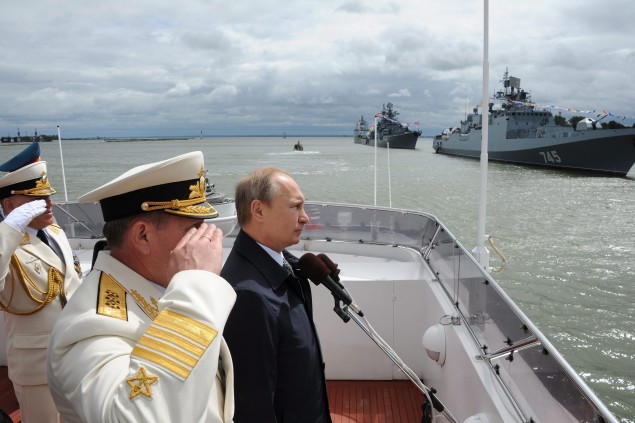 Canada geographic location, buffered from direct contact with Russia by Alaska on its western side, Greenland and the North Atlantic region on the eastern side, and the still frozen and inhospitable expanses of the Arctic Ocean to the north, make Russia even less of a threat to Canada than it is to Norway, Byers said.

“And Russia’s actions in the Arctic in terms of military activities have focused on building a few small bases for 100-150 men and increasing their capacity to do search and rescue and police the Northern Sea Route, a shipping route that passes along the northern coast of Russia,” Byers said. “This is not a massive military buildup and there is no sign of any inclination towards aggression in the Arctic.”

Far from that, Russia seems to have made the calculation that keeping the Arctic peaceful is in its interests because then it can devote more resources to places like Crimea or Syria, Byers said. 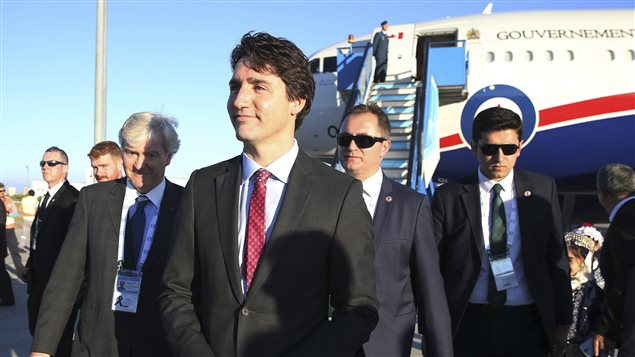 Canada’s policy of dealing with Russia would require a careful balancing act between active, engaged diplomacy on one hand, and with further support for NATO to create a credible military deterrent on the other, Byers said. Even during the Cold War Canada spent a lot of time talking to the Soviet Union about issues of mutual interest, he said.

“In the Arctic, I think that Canada’s concerns are quite similar to Russia’s,” Byers said. “We need better search and rescue, we need to have better policing to deal with things like smugglers or illegal immigrants or potential threats to the environment. We need to cooperate with other countries including in the Arctic Council.”

Circumpolar countries also need to cooperate in terms of facing some of the scientific and technical challenges of operating in the north, he said.

“Canada is a very significant Arctic power, but Russia is the world’s largest country and 20 per cent of its GDP (gross domestic product) comes from its Arctic regions,” Byers said. “Russia does have things that it can teach Canada about how to operate in the north.”

Canada and Russia also have common interests in coming up with governing mechanisms for the central Arctic Ocean, the areas more than 200 nautical miles from shore, Byers said.

“There are issues concerning not just potential fisheries but also sea bed resources and environmental management that are very real and could only be solved in conjunction with Russia,” Byers said.

Resolving Arctic disputes with the U.S.

While a lot of attention is being focused on the hypothetical threats posed by Russia to Canada in the Arctic, Byers said he’d like Canada and U.S. to finally resolve their very real disputes in the north.

“I don’t see anyone asking whether the United States and Canada can resolve their dispute over the Northwest Passage,” Byers said. “I think it’s an obvious thing that needs to be done, a negotiation over the Northwest passage dispute in light of the fact that the climate change is reducing sea ice and is opening that waterway to all kinds of shipping. I don’t see any significant movement on Canada’s dispute with the United States over the boundary in the Beaufort Sea.”

Back in 2010, then Foreign Affairs Minister Lawrence Cannon initiated discussions with Washington on that issue but nothing seems to have happened over the past five years, Byers said.