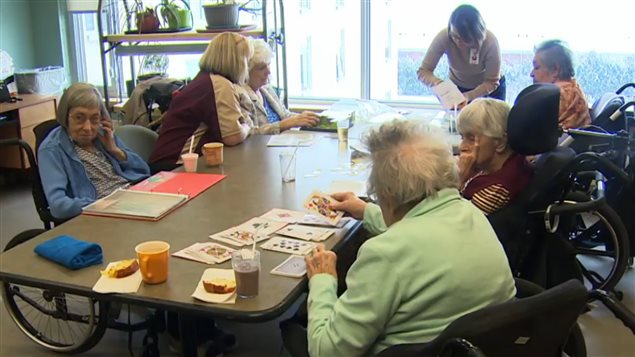 Some seniors homes have successfully provided alternative therapies so patients can stop taking some of their prescription medications.
Photo Credit: CBC

Too many seniors taking too many drugs

Too many elderly Canadians are admitted to hospital as a result of their taking too many prescription drugs, says Dr. James Silvius. He is a geriatric doctor active in the Canadian De-Prescribing Network. The network is a made up of concerned health-care workers, patient groups and health officials.

Almost two-thirds of seniors take five drugs a day. And 40 per cent of those 85 years and older take 10 or more drugs a day. Silvius says this is a very significant issue.

“Individuals are being admitted to hospital because of an issue that they have with one of their medications. And so, the over prescription that occurs that leads to drug-related problems and then admissions to the health care system is clearly an issue for Canadians.”

Drugs used for too long or not appropriate for seniors

Overprescribing in Canada happens for a number of reasons. Sometimes a medication is intended for short-term use, but is used for longer. For example, a senior may take a drug for stomach acid, then stop taking it, suffer rebound symptoms, and simply resume taking the drug. The correct action would have been to taper the use of the drug to prevent the rebound effect.

As patients age, some medications may no longer work the same way. They may accumulate or have new side effects. Doctors may not notice slowly-developing problems until there is a crisis. Drugs of particular concern include those to counter stomach acid, sleep medications and those to treat diabetes.

Goal is to reduce drugs by half

Solutions to the problem involve educating the public, educating health-care providers, and talking to governments which often fund prescription drugs but not alternative therapies. Using these strategies, the Canadian De-Prescribing Network hopes to reduce inappropriate prescriptions by half in the next four years.