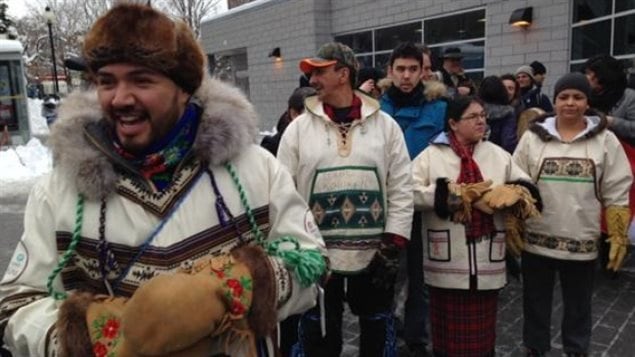 Uranium mining is a contentious issue in Quebec. Passionate and consistent objections from different communities forced the province to impose a temporary moratorium in 2013. Now the province is considering whether to make the ban permanent.

Gordon Edwards, of the Canadian Coalition for Nuclear Responsibility, supports a permanent ban, and he’s concerned about statments made by the Canadian Nuclear Safety Commission in January, minimizing the effects of uranium mining.

Last July, following a year of public hearings on uranium mining, a report was released, recommending the government not proceed with mining the substance.

“The age of nuclear waste is just beginning”

The Canadian Nuclear Safety Commission, however, objected to the conclusion, questioning the scientific rigour. The new provincial government established an inter-departmental committee to investigate the conflicting views and interests, and had a private meeting with the CNSC in January.

Gordon Edwards of the CCNR objects to several assertions in that presentation that he says, contradict the safety commission’s own findings. There are three problem areas of misinformation according to Edwards.

Secondly, the committee heard that radionuclides, the radioactive materials released during uranium mining and processing, are not toxic. Quite the opposite says Gordon Edwards. These substances, radium, radon and polonium are powerfully toxic.

A huge omission according to Edwards, was not addressing the tailings challenges. The radio-active material left over remains 85 per cent radioactive for thousands of years. More mining and processing leaves societies with the challenge of what to do with these toxic piles. Ontario is currently dealing with protests from neighbouring communities in the United States over its plan to bury this material near Lake Eire.

It remains to be seen what the Quebec committee will decide, but the fifth anniversary of the Fukishima meltdown is fast approaching, and many citizens will be reminded of the terrifying consequences that accompany the benefits of nuclear power.

Gordon Edwards says one of the problems identified in the aftermath of Japan’s tragedy, was that “the regulator was siding too much with the industry”. He says there is cause for similar concern here in Canada, particularly following the presentation in Quebec City.

“The regulator may be showing bias and lack of objectivity in not reporting the facts objectively about what are the dangers and what are the benefits but they just simply seem to stick with the benefits and not even mention the problems, the safety problems.” he says.