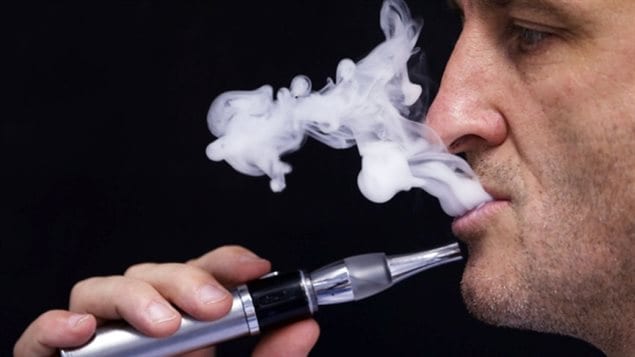 Ontario’s only marijuana “vaping” lounge may forced to close

It has only been open for about a little over a month, and already the Windsor Ontario establishment may be forced out of business by a new provincial anti-smoking law.

John Liedtke is the owner of “Higher Limits” a vaping lounge where those with medical authorization to use marijuana. One regular customer says it is a safe place for medical marijuana users to go without facing any judgement.

The bar may become the victim of proposed new legislation in the province which would ban e-cigarettes (vaping) and medical marijuana users from smoking in public spaces, or smoke or vape where regular cigarettes are banned.

“We have made a determination that smoking whatever it is — whether it’s vaping, whether it’s medical marijuana, whether it’s cigarettes — that there should be restrictions on that,” Premier Kathleen Wynne said Thursday.

Stricter e-cigarette rules came into effect on January 1, which would ban vaping in public places, the workplace, and certain other outdoor spaces, similar to rules on tobacco smoking.  It also became illegal to sell or supply e-cigarettes to anyone under 19, and puts limits on which places can sell e-cigaretters and how they are displayed and promoted

However, an exemption for users of medical marijuana meant that users  could “vape” in restaurants, at work, or in playgrounds.  Because of this exemption, the provincial government had to rethink the rules.

Liedtke says at least one of his clients live in public housing and under the proposed law couldn’t take his medical marijuana at home. Quoted by the National Post he says, ““They can’t tell people where and when to take medication,” Liedtke said. “You have your medical rights.”

Jonathan Zaid, the founder of Canadians for Fair Access to Medical Marijuana, had applauded the original exemption, saying users need their medication to live a better quality of life. Quoted by the Canadian Press he says,  “I thought the government was willing to work with medical cannabis users to create a regulation and an exemption that works for both the public health and public safety and medical marijuana users, but it seems like this backtrack has kind of made it fully inaccessible for people to use their medicine, which I believe is against their human rights.”

Liedtke says his lounge remains open and he’s contacted legal counsel and has been contacting his local Member of the Provincial Parliament.

The proposed changes, which have a 45 day consultation period and could come into effect on July 1st.