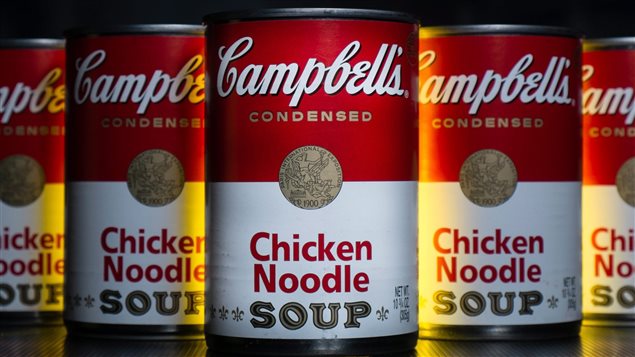 The chemical BPA found in many food cans

Environmental Defence is asking the Canadian government to require companies to phase out bisphenol A in food cans. The non-profit says the chemical is linked to hormone disruption, hyperactivity and low prosocial behaviour in children, as well as breast and prostate cancers.

Canada did ban BPA in baby bottles and sippy cups in 2008 and, in 2010, listed it as a toxic substance. But the government department, Health Canada, says BPA from food packaging is not a health risk.

Soup company to eliminate BPA use

Environmental Defence and five other non-profits tested 192 food cans sold in North America and found that 67 per cent of them contained BPAs in their linings. The cans contained popular products like beans, vegetables, tomatoes, chicken broth and cranberry sauce.

The groups say that 95 per cent of Canadians have BPA in their bodies.

Campbell Soup Co. has announced that it is in the process of removing BPA from its products and expects its products to be clear of the chemicals by the middle of 2017. Although the company considers BPA to be safe, it says it is eliminating its use to reassure customers.

France recently banned BPA from all materials that come into contact with food and the European Commission is planning restrictions.

Concern about the safety of substitutes

The non-profits are also expressing concern that some companies are choosing harmful substitutes for BPA and it is asking that they be transparent about the substitutes they choose.