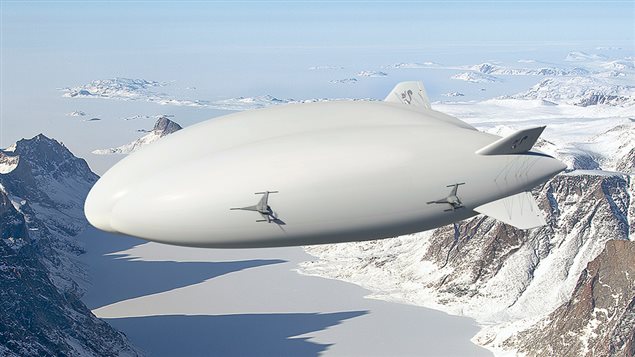 Hybrid Enterprises airships purchased by the UK’s Straitline Aviation, may soon fly supplies to remote mines and communities in the far north of Canada and Alaska
Photo Credit: Hybrid Enterprises

Airship comeback: transport to remote areas in the Arctic

This all be a bit closer to being realized due to an announcement today from Lockheed Martin and its airship reseller Hybrid Enterprises.  They are finalizing a deal to sell  a dozen huge hybrid airships worth several hundred million dollars to Straitline Aviation in the United Kingdom.

The airships are expected to begin arriving in 2018 and then deploying them to the Canadian north, Alaska, southeast Asia, and the Middle East.

In Canada, the airships will serve the oil and gas industry in delivering supplies and equipment to remote sites, and also serveremote communities. Many of these sites can only get supplies via ice-roads and then only for a short period in winter.

Qouted by the Canadian Press, the CEO of Hybrid Enterprises says, “This is a way to service those mines all year round. With the airships we can deliver to the mines 340 days a year.”

He adds that the airships can transport heavy equipment to remote sites eliminating the need for access roads which in turn would reduce environmental concerns. In turn that would speed up development by avoiding long and costly environmental hearings.

These airship models have a maximum speed of 100 km/h and a load capacity of 20 tonnes.