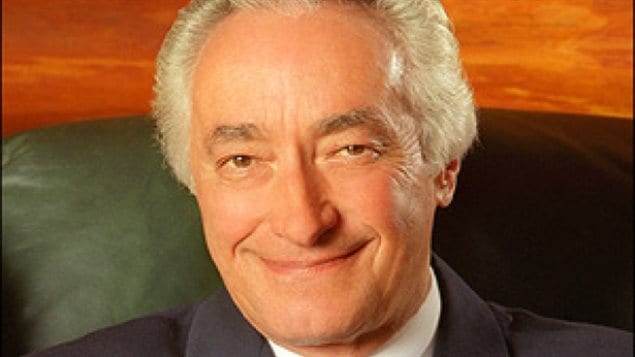 Mel Hurtig died after a short bout of pneumonia in a Vancouver hospital on Wednesday surrounded by his family.
Photo Credit: cbc.ca

Mel Hurtig, a prolific writer and ardent Canadian nationalist, has died at the age of 84.

Surrounded by his four daughters, Hurtig passed away Wednesday of pneumonia at a Vancouver hospital.

Likely best known as the publisher of “The Canadian Encyclopedia,” he was also a founding member of the Council of Canadians, a group dedicated to preserving the country’s sovereignty that later expanded to focus include on health care, water, public pensions, corporate influence, and energy.

His death was confirmed by Barbara Hurtig, the eldest of his daughters

“He was a good dad and a great Canadian,” she said. “He was never afraid to stand up to opponents and to try and engage people. And I admired him for that.”

Hurtig was born in Edmonton in 1932 and opened the city’s first independent bookstore in 1956.

By 1972, he was operating three high successful stores, where people were free to browse, play chess sip coffee and attend readings and theatrical performances.

It was also the year he became involved in federal politics, unsuccessfully running for the Liberal Party,.

But his interest in politics never flagged.

In 1992, in an effort to combat foreign ownership of Canadian business and industry, he formed the National Party of Canada

The party fielded more than 170 candidates in the 1993 federal election but failed to win any seats and disbanded the following year.

After the editor in chief, James Harley Marsh, recruited more than 3,000 authors to write for it, the first edition of “The Canadian Encyclopedia” was published in three volumes in 1985.

It became an instant best seller with over 150,000 volumes sold in six months.

Three years later, a revised and expanded edition was released, and in 1990, Hurtig published the five-volume Junior Encyclopedia of Canada, the first encyclopedia for young Canadians.

Hurtig was an Officer of the Order of Canada, had honorary Doctor of Laws degrees from six Canadian universities and was the recipient of the Lester B. Pearson Man of the Year Peace Award in 1988.

His family has not yet set a date for a memorial service.