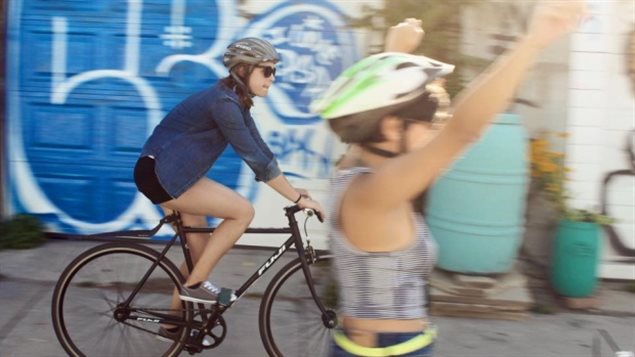 A new study suggests encouraging women could be key to increasing the number of trips made by bicycle in the Greater Toronto and Hamilton Area.
Photo Credit: Chris Vasquez

One-third of big city trips could be bicycled: study

Fourteen million trips are made every day in the Greater Toronto and Hamilton agglomeration and one-third of those could be made by bicycle, suggests a new report. It found one of the keys to boosting cycling potential would be to take steps to encourage women and to get more students to ride.

The study was devised to provide recommendations for a new transportation plan being crafted by the provincial transit agency.

Many trips are short and cyclable

“The main goal of this study was to explore if cycling is or it should be a major policy area,” said Raktim Mitra, an assistant professor of urban planning at Ryerson University. “To do that, we wanted to quantify the untapped potential for cycling.”

Researchers found more than half of the estimated cyclable trips are short—between one and three km and all of the municipalities had very many short trips that could be cycled.

They also found only 30 per cent of cyclists are women. In addition, only 1.1 per cent of school or work-related trips by youth are cycled when at least 27 per cent could be.

The study suggests there is huge potential to boost the number of trips made by bicycle in the Greater Toronto and Hamilton Area. Mitra and his colleagues recommend a strategy of promoting active transportation.

They identified areas where there is the greatest potential for growth and suggested infrastructure and facilities be built there. Measures were suggested to boost cycling among youth and women and to promote cycling to and from transit stations.