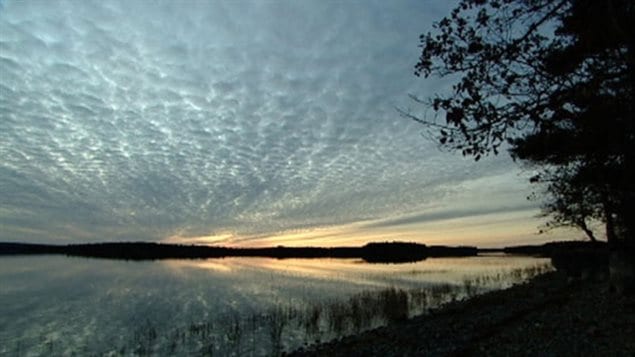 Approvals and policies for clearcutting in the east coast maritime province of Nova Scotia have been raising the ire of residents and environmental groups.

The decision on six hectares directly touching park boundaries has been deferred.

Quoted by the CBC, Chris Miller, the national conservation biologist for the Canadian Parks and Wilderness Society said, “Six hectares is a joke. It’s too small. It’s laughable if it wasn’t so serious”.

Minister Hines says of the decision regarding clearcutting the area The folks who make their living from this industry in the province, all 11,500 of them, have an interest in seeing the best use for our resources . It’s a traditional industry that has been sustained for over 400 years in Nova Scotia and this is just another part of that process.”

There are several  rare species including the Blandings turtle, in and near the park.

When asked, Minister Hines said he thought his department had consulted with Parks Canada before giving the go-ahead for the clearcutting but said he hadn’t heard from them one way or the other..

Another clearcut decision has residents in the small community of Joggins upset as well.

Only after an area was clearcut, were signs posted saying it was a provincially protected area part of Nova Scotia’s provincial heritage.

Hunting, camping, or ATV use is also prohibited. Ironically also listed is that trees are not to be cut.

Resident  Jim Hamilton says clearcutting in the area has been increasing in recent years. He says it’s changed the ecosystems adding that they used to have clear water but now the water is dirty.

Another resident, former Department of Natural resources pilot,  David Trask says no-one was consulted about the designation and prevention of land use. He says the former forest land has always been common use noting that the clearcut is unusable for anything for the next several decades.