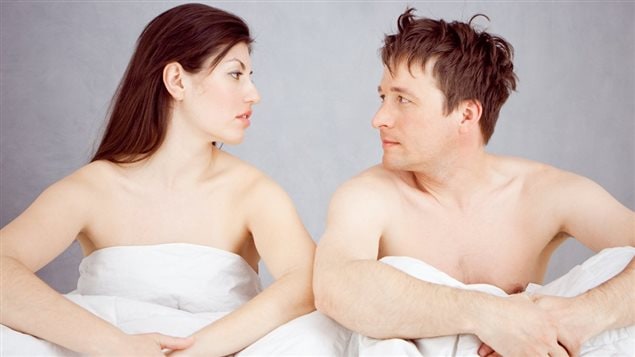 Those who believe in the *soulmate* idea tend to be of the *sexual destiny* belief, in that it also clicks in the bedroom or it doesn’t, and if not, maybe the relationship isn’t the *soulmate* one after all.
Photo Credit: iStock via cbcbooks

Secrets to a happy sex life

A study in Canada has given some insight into the success of relationships and a happy sex life.

Jessica Maxwell is a PhD candidate at the University of Toronto in social psychology who conducted the research.

Jessica Maxwell’s research is entitled,” How Implicit Theories of Sexuality Shape Sexual and Relationship Well-Being” published online ahead of print in the November issue of the Journal of Personality and Social Psychology  (abtract here––full pdf-see link below)

What Maxwell did was to look at two differing thoughts on relationships, the “soulmate or destiny” type of belief, and another that says relationships can grow with continued care and understanding.

She then studied those two somewhat different beliefs but in relation to people’s ideas about their sex lives as couples.

Maxwell says after a two or three-year “honeymoon” period, where sexual satisfaction is high, the two paths start to diverge.

In its simplest terms, one is the so-called belief in “sexual destiny” which hold that it basically works or doesn’t.

The other is called “sexual growth” which holds that the sexual relationship needs to be nurtured.

One might also think that because women tend to consume a lot more “romantic” type materials in the media, movies, novels, etc. that they would tend to be more of the “soulmate-destiny” type of followers,  but Maxwell’s research, which involved studies on approximately 1,900 participants, didn’t show that but instead that women tended to be more of the “growth” side.

However, Maxwell points out that the differences between men and women were not that wide.

She also had same sex couples in the study but said the numbers were not large enough to draw firm indications, and that is a group that she may study further in future.  Still, there seems to be a slight indication that homosexual couples tend somewhat more toward the “growth” belief in sexual relations.

Maxwell says the secret to a satisfying sex life in long term relationships is treating the bedroom situation the same way you treat a garden, with constant effort: care, attention, and nurturing.