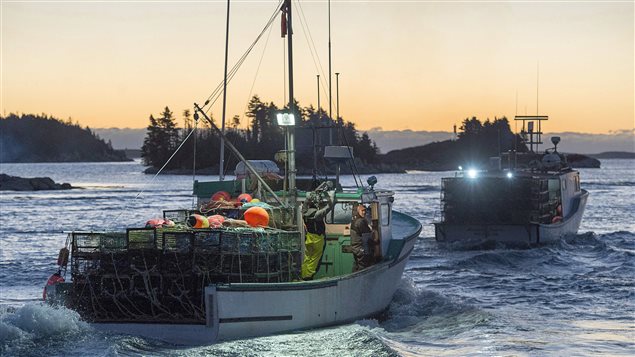 On Nov. 29, 2016, boats headed out from West Dover in the eastern province of Nova Scotia to kick off the lucrative lobster fishing season.
Photo Credit: Andrew Vaughan/The Canadian Press

Halifax Stanfield International Airport in eastern Canada has expanded to accommodate an increase in the export of lobster, reports Canadian Press. It’s expected $15 million worth of lobster will be shipped by the end of December to as far away as Europe, Asia and the Middle East. There is higher demand in the Christmas season.

Airport authorities added 17,000 square meters of space for parking and loading at a cost of about $5 million, reports CP. They expect the upgrade will pay for itself by attracting new cargo operators.