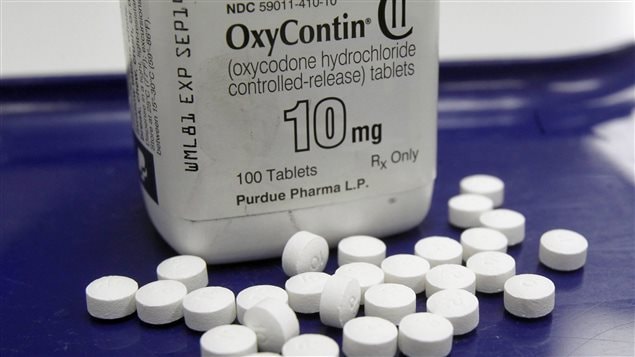 The wide-spread prescription of opioid medications has led to a rising tide of overdoses and a new study suggests children are affected too.
Photo Credit: Toby Talbot/AP Photo/Feb. 19, 2013

Young children whose mothers are prescribed an opioid painkiller have more than twice the chance of being hospitalized for opioid overdose, according to a recent study. This led researchers to recommend that doctors prescribe lower doses, that medications be kept under lock and key, and that they be quickly disposed of when no longer needed.

The study notes that “the increase in opioid prescribing in North America over the past 2 decades has led to the worst drug overdose epidemic in history.” However, the impact on young children has not been well studied.

‘A single tablet is enough to kill’

“For some opioids, a single tablet is enough to kill a child,” said Dr. David Juurlink, study author and senior scientist at the Institute for Clinical Evaluative Sciences in a news release.  “It’s important that parents and grandparents understand the importance of keeping these drugs out of the hands of young children.”

The study involved children under ten years old between 2002 and 2015 in the province of Ontario. It found that children of mothers with prescriptions for opioid drugs were at a nearly 2.5-fold higher risk of severe overdose, often resulting in hospital stays.

The study was published in the journal Pediatrics.