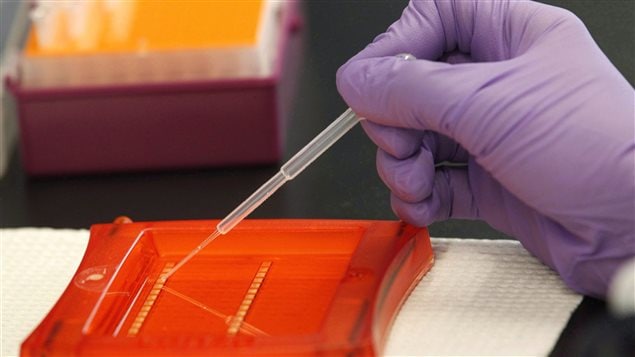 Some Canadians have been afraid to get genetic testing because the information could have been used against them.
Photo Credit: Gerald Herbert/The Canadian Press/file Sept. 29, 2011

Members of Parliament defied top government officials and voted in favour of legislation to protect people from genetic discrimination. This would, for example, stop insurance companies from requiring clients to provide genetic information and then refusing to ensure them on the basis of results. It would also stop employers from obliging job applicants to provide genetic test results. And results of genetic testing could not be shared.

‘A good day for democracy’

The prime minister urged members to vote against the proposed law saying it intruded on the jurisdiction of provinces. But in a rare move, backbenchers voted for it, and along with opposition support, the bill passed by a vote of 222-60. It is now expected to be rubber-stamped by the Senate in a final step.

“It was a good day for Canadians and it was a good day for democracy,” said Bev Heim-Myers of the Huntington Society of Canada and chair of the Canadian Coalition for Genetic Fairness. She gave the example of a young man who had just started a first job when he learned he had a mutation for a genetic disease that might manifest 30 years later. He told his employer and was fired. Under this new law, that would not happen, said Heim-Myers.

The law makes genetic discrimination a criminal offence and sets a penalty of up to one million dollars or five years in prison. But it also protects genetic characteristics under the Human Right Act. This means individuals who feel they have been wronged don’t necessarily have to pursue a criminal case which can be onerous and expensive. They can instead appeal to Human Rights Tribunals.

The insurance industry expressed extreme disappointment that this legislation passed without amendment. The prime minister had proposed amendments that Heim-Meyers said would have gutted the law.

She has worked on this file for six years along with members of the Senate and other advocates. It was not clear until the last minute that they would win the vote and when they did, they were overjoyed.