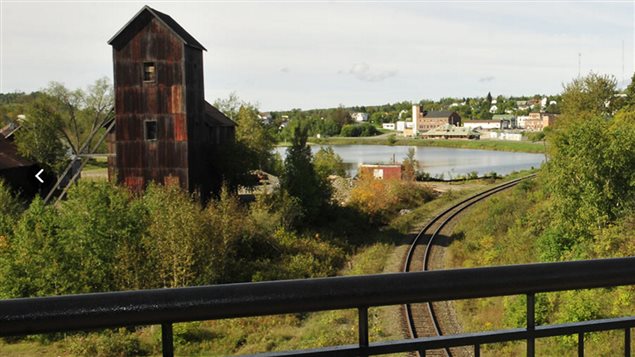 Still existing headframe for the *Right of Way Mine*, so named because it was beside the railway right-of-way in the town itself.
Photo Credit: Town of Cobalt, (cobalt.ca)

New technology and interest in electric cars has brought a rush of interest in a tiny old mining town in northern Ontario.

Located about 500 kilometres north of Canada’s biggest urban centre, Toronto, Cobalt Ontario with its population of just over 1,000 souls was once a hotbed of mining for silver about 100 years ago.

Interestingly though, the town wasn’t named after the silver, but the mineral cobalt, a sort of basically unwanted byproduct of the silver mines.

The peak for the town was in the early part of the 1900’s when in 1911, some 30 million ounces of silver were recovered that year.  Around that time there were some 100 mines in and around the town.

The silver operations then slowed, and after a bit of a spurt in the 1950’s, the operations closed one by one.  There’s been no activity now for over 30 years.

The mineral, once with little use, is now an important element in the new battery technology, such as for batteries for today’s electronics like mobile phones etc, and electric cars.

About 60 percent of the world’s supply comes from mines in the Democratic Republic of Congo, where tens of thousands of children are exploited in artisanal mining operations.  That’s come under world criticism and companies are now signing on to verify the cobalt they use is not coming from exploitative circumstances.

With companies like Tesla gearing up for even more electric car production, this has spurred renewed interest in sources from the tiny town of Cobalt.

Several large mining companies have been buying up properties in the Cobalt region with a view toward eventual production.

What is interesting is that whereby cobalt was the byproduct (albeit not of interest) of silver mining, silver would be a very interesting byproduct of cobalt mining when that begins, possibly in two to three years.