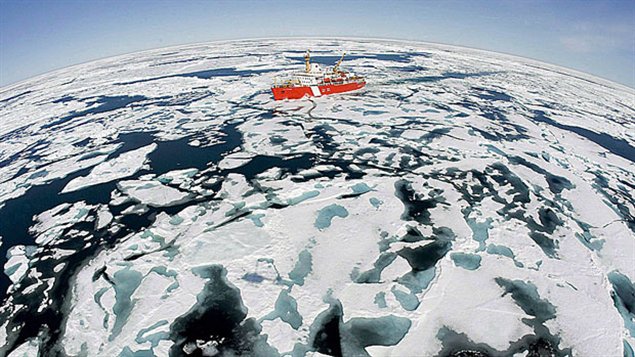 Temperatures in the Arctic are rising two times higher than the rest of the planet and are already affecting other parts of the world, according to an international assessment. The latest studies on the north were examined by 90 scientists and peer reviewed by 28 researchers to produce the Snow, Water, Ice and Permafrost in the Arctic assessment.

‘A lot of cause for concern’

“We’re finding that the changes are happening much quicker than what our models had been projecting,” says David Barber, an expert on Arctic systems science at the University of Manitoba and one of the report’s authors.

“They’re happening much more quickly than anything we’ve seen over the history of humans on the planet. So, it gives us a lot of cause for concern because these changes are happening so rapidly and they affect everything in the arctic system and, through connection, it also is starting to affect lower latitudes of our planet.”

Sea ice has declined by 65 per cent over the last 40 years and the Arctic Ocean could be mostly free of ice by 2030 or even sooner. That means there is less ice to reflect heat and it is instead being absorbed by the dark ocean, warming things even more.

It also surprises Barber that there is open water in the Arctic Ocean even in winter. Less sea ice means less habitat for polar bears, seals and other creatures.

Permafrost is thawing releasing methane which is a far worse greenhouse gas than is carbon dioxide.

It is too late to stop climate change in the Arctic, says the report, but there is hope it can be slowed.

“There’s always lots of hope when you have a human system like ours,” says Barber. “We’re very capable of doing things. We just have to put our minds to the fact that we want to change.

“The role of science is to help inform those things…The Arctic gives us an early indicator of the things that we can expect to be coming at the more temperate and tropical latitudes of our planet.

‘We need to get on with…changes’

“So, it really is just evidence that we need to get on with the kinds of changes that are necessary to reduce our reliance on fossil fuels and start to bring in alternative technologies.”