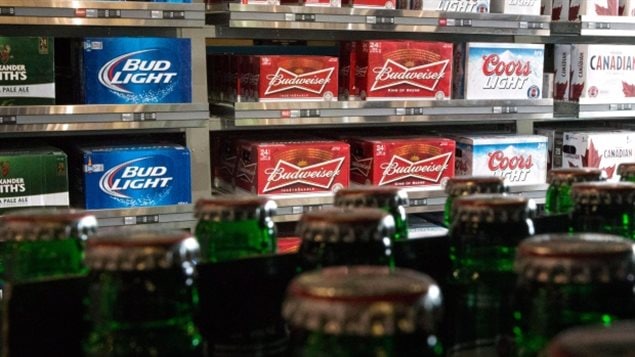 There are currently strict limits on how much alcohol can be brought across provincial borders in Canada.
Photo Credit: Chris Young/Canadian Press

Top court to decide on beer barrier between provinces

While Canada is trying to negotiate free trade agreements with other countries, a case about a lack of free trade between provinces will be heard by the Supreme Court. A decision made by the Supreme Court 96 years ago is said to have led provinces to erect protectionist barriers that now include strict limits on the trade of alcoholic beverages between them.

In 2012, police ticketed a man from the province of New Brunswick for having brought in more than 12 pints of beer he had purchased in the neighbouring province of Quebec. Retiree Gerard Comeau went to court to fight the ticket and won.

But the Crown asked to appeal the ruling and the Supreme Court has agreed. Comeau has received support from the Canadian Constitution Foundation which says the erection of protectionist trade barriers within Canada has cost citizens and the country tens of billions of dollars a year in lost GDP.

It is says the case would benefit all Canadians if the Supreme Court were to “tear down costly and unconstitutional trade barriers between the provinces.”

On April 7, 2017, provincial trade ministers pledged to lower trade barriers within Canada, but it’s not yet clear how effective that will be.