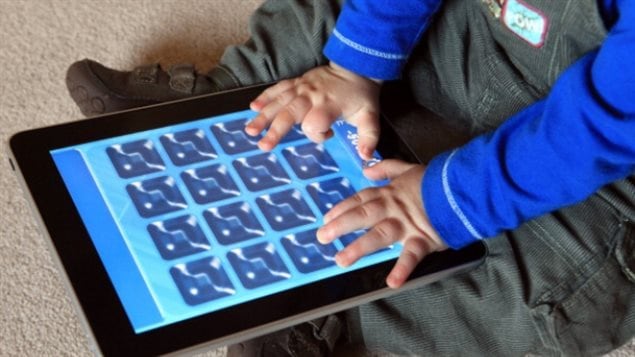 The Canadian Paediatric Society say there are no documented benefits of introducing electronics to children under age 2. It also encourages parents to choose a time of day to be ’family time,’ when no one is distracted by the screens of TVs, computers, gaming devices, smartphones and tablets.
Photo Credit: Matt Cardy/Getty Images

Decades ago there was worry that children were spending too much time in front of the TV, really the only screen at the time.

That of course is still a worry, but in addition to concerns about too much TV now we have so many other screens which have come along since then, computers, tablets, electronic learning screens, mobile phones and so on.  The concerns of too much screen time has only gotten more pronounced.

Today the Canadian Paediatric Society has issue new recommendations to parents about kids and screens.

It’s the first update on screen time for children since 2012.

Both paediatric organisations using somewhat similar recommendations also suggest that parents limit device use in front of the children who take their cues from parent’s activities.

Dr Michelle Ponti of London, Ontario, chaired the Canadian digital health task force that researched and wrote the new guidelines.   Quoted in the Globe and Mail, she said, “The youngest children cannot learn from screens. They’re not developmentally ready to transfer what they see on a screen to real life. We do know what does benefit early learning and that is face-to-face, live interactions with an engaged parent or other caregiver”.

Dr Ponti also suggests that families could introduce other rules like no electronic devices at the table, and not in the bedroom.

Like most things in life, Dr Ponti says developing healthy habits and limits early in life is much easier than attempting to impose them later  on older children.