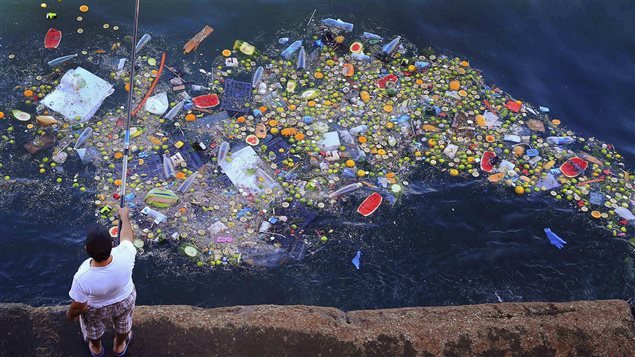 Bottles and other plastics are accumulating fast in the world’s oceans.
Photo Credit: Hassan Ammar/AP Photo

Coca-Cola plans to increase the amount of recycled plastic in its bottles sold in the U.K. Absent news of plans to do that in Canada, the group Environmental Defence is calling for better bottle return policies across the country.

Most provinces have systems whereby consumers pay a deposit for the products they buy that come in plastic bottles. They can recoup the deposit when they return the empty bottles. They are then recycled.

Under these systems, and estimated 75-95 per cent of plastic bottles are returned. In Manitoba and Ontario which have no bottle return systems, only half are returned for recycling. In the province of Quebec, soda and juice bottles are subject to deposits, but water bottles are exempt.

No need for water bottles in most of Canada

Keith Brooks of Environmental Defence says the return system should be strengthened across the country and consumers should do their part by not buying products in plastic bottles, particularly water. With the exception of some indigenous and other remote communities, most communities provide access to clean drinking water in Canada and don’t need bottled water. He applauds some towns, schools and companies which have banned them.

Plastic could outweigh fish in the ocean

Brooks notes many bottles and other plastics end up in the oceans where large gyres have formed. A report from the World Economic Forum suggests that if nothing is done to curb the disposal of plastics by the year 2050, they could outweigh all the fish in the ocean.

“It’s a serious problem and it’s growing in severity,” says Brooks. “A million bottles are produced and sold every minute around the world… That’s 20,000 bottles per second. It’s a startling number.

“The problem is not all of them get recycled and they don’t break down in the environment. So, a bottle that you use today, it’s going to be there 1,000 years from now…

“And it’s not just plastic bottles. These plastics are piling up in the environment.”

Brooks commends the Canadian government for its plans to phase out microbeads in cosmetics and other products. But he says governments and consumers have to do more to tackle the massive and growing problem of plastics discharged into the environment.