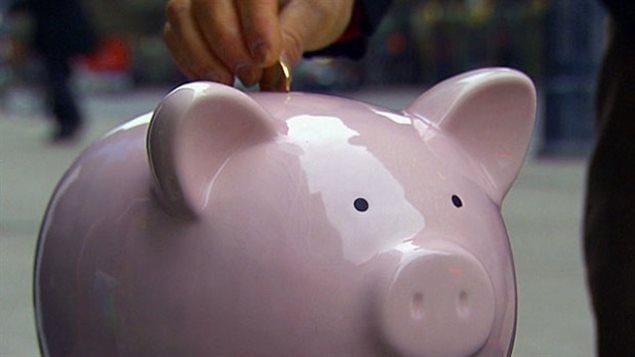 Many Canadians do not have enough savings for emergencies or retirement, according to an online survey.
Photo Credit: CBC

Many Canadian workers spend all of or more than their pay

Managing debt is proving difficult for many

Much of this has to do with debt be it related to credit cards, lines of credit, car loans or mortgages, and mortgage debt has now outstripped credit card debt as the most difficult one to manage. This is particularly true in large cities like Vancouver and Toronto where the price of homes has shot up dramatically in recent years and mortgages are large. Of the 4,766 people polled, 35 per cent said they felt overwhelmed by their debts.

These are among several disturbing findings in the latest of eight annual surveys conducted by the Canadian Payroll Association. “One of the more troubling statistics that we found is that 75 per cent of Canadians are not even able to meet 25 per cent of their retirement goal savings,” says Steven Van Alstine, vice-president of education at the association.

Many have to delay retirement

“So, what that means is, as they approach retirement, those goals are farther away and what we’re finding is that people are having to work later. So, that retirement age which was at one point 57 when we first started the survey is being pushed further out…to 61 now.”

Van Alstine says the results suggest people should look at where they are spending their money and start saving for emergencies and retirement. The survey found one quarter of workers could not come up with $2,000 in the event of an emergency. He recommends people “pay themselves first” by taking advantage of payroll tools that allow amounts to be taken off their paychecks at the source and saved.