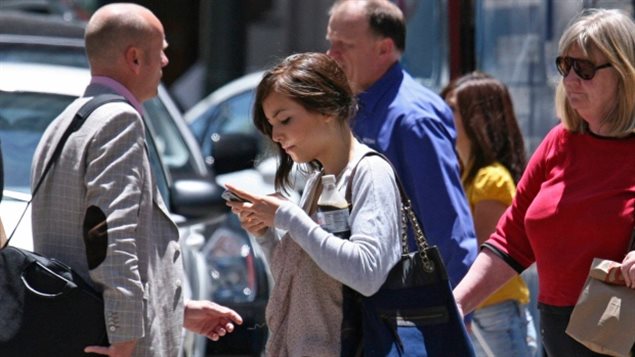 Distracted walkers could be fined for texting and crossing the street if a private member’s bill is passed into law in the province of Ontario.
Photo Credit: Ben Margot/Associated Press

Law would ban cell phone use while crossing roads

Member of Provincial Parliament Yvan Baker tabled today’s motion as a private member’s bill, most of which are not often passed into law. However, he has received many messages of support from fellow members of Parliament, the Ontario Safety League, and at least two school associations.

‘Toronto is…one of the worst cities’

“Toronto is already one of the worst cities in North America when it comes to traffic,” said Baker in a news release. “With winter quickly approaching, road conditions can make it difficult to stop. Experts tell us that if you are alert, you are less likely to get hurt. I would like pedestrians to be aware of the risks of crossing the road while distracted by phones and other electronic devices. My bill would strengthen road safety by encouraging pedestrians and drivers to keep each other safe.”

If it were passed, the new law would allow for fines for distracted pedestrians of $50-125. But there would be exceptions for people using a cellphone to contact emergency services or for calls started before the pedestrian entered the roadway.