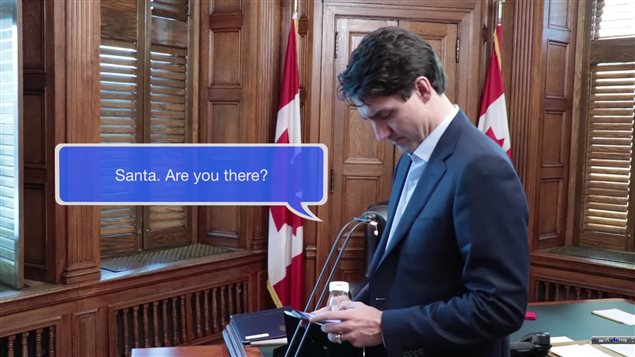 Cheesy or attention-grabbing? Canadians will have something to debate over holiday gatherings with family now that the government has released a YouTube video about distracted driving.

The video starts with a shot of Santa putting his cell phone into airplane mode. It then switches to Prime Minister Justin Trudeau trying to text Santa. He looks worried when he gets no response and telephones Transport Minister Marc Garneau. The minister reassures the prime minister that Santa is okay and says Saint Nick has just taken steps to avoid distracted driving.

Feel free to say what you think about the video in the comment section below.  I cannot publish the comment I heard here in the office.