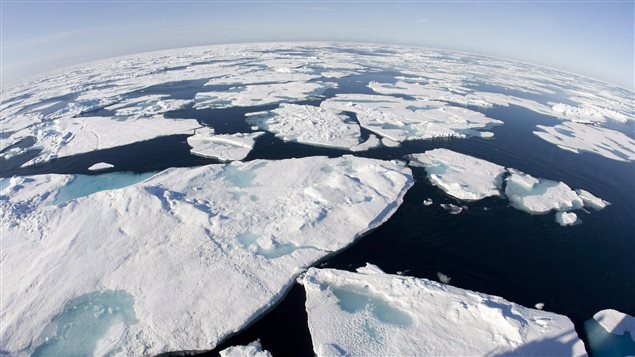 The new marine refuges off the coasts of Nunavut and Newfoundland and Labrador will cover a 145,598-square-kilometre swath of ocean and will add 2.53 per cent to Canada’s marine protected areas, said Minister of Fisheries, Oceans and the Canadian Coast Guard Dominic LeBlanc.

“As Canadians, we are fortunate to be bounded by three oceans, which are significant to our heritage, culture and economy—but this fortune brings with it the responsibility to protect our precious marine resources,” LeBlanc said in a statement.

“That’s why our government has worked hard to surpass its commitment to protecting five per cent of our marine and coastal areas by this year, and is well underway to meeting our next target of protecting ten per cent by 2020.”

The new marine refuges in the Davis Strait, the Disko Fan, the Hatton Basin, the Hopedale Saddle, the Hawke Channel, the Funk Island Deep and the Northeast Newfoundland Slope will conserve significant concentrations of corals, sea pens, sponges and protect habitat used by Narwhal and Atlantic cod, LeBlanc said. 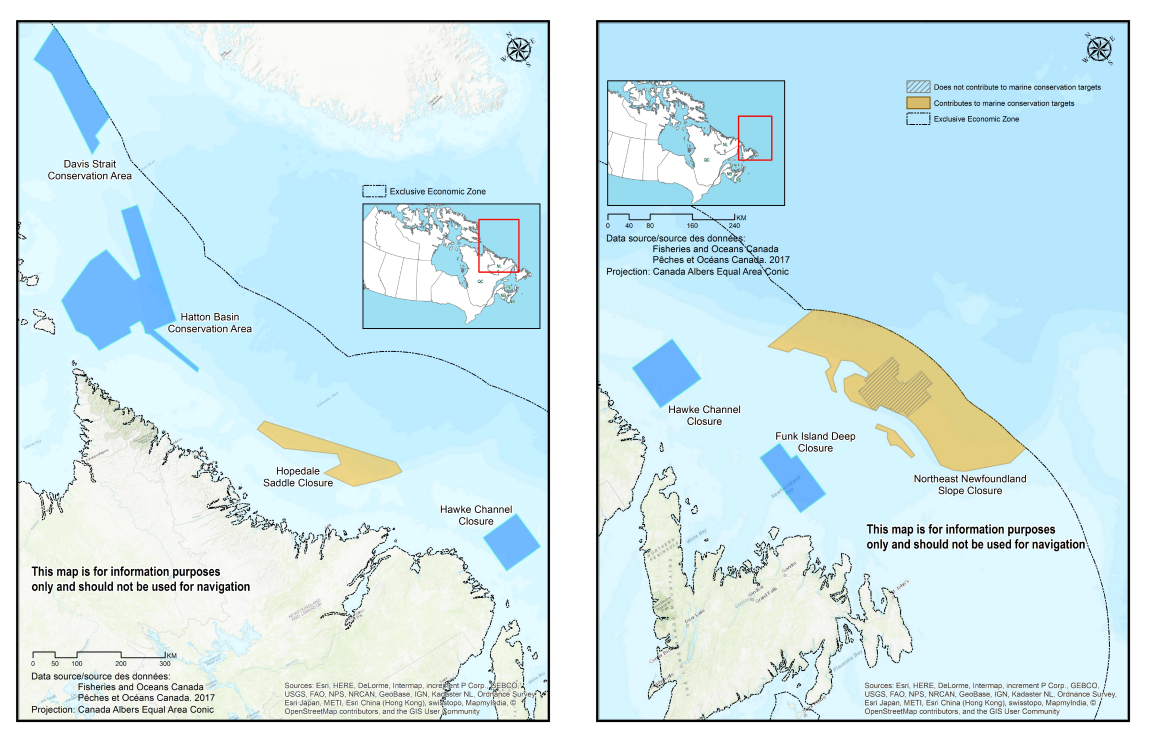 Depending on the area, the federal government will prohibit all bottom-contact, bottom trawl, gillnet and longline fishing activities, LeBlanc said.

These areas identified through fisheries data, research vessel data and modelling have high concentrations of deep-water and cold-water corals, sponges and sea pens, which in turn provide habitat for small fish, shrimp and larvae of larger fishes such as redfish and Greenland halibut, Taylor said.

“All those various populations and species are vulnerable to bottom contact fishing activity, particularly, trawling activity,” Taylor told Radio Canada International. “If you were to go into these areas and trawl, you would cause tremendous amount of damage some of which would be irreparable and all of which would take generations, if not many generations, to recover from.”

Lootie Toomasie, acting chairperson of the Nunavut Offshore Allocation Holders Association (NOAHA), said the boundaries for each of the Disko Fan, Davis Strait, and Hatton Basin refuges were established through a unique collaborative process between NOAHA, actors in the fishing industry, environmental NGOs and the Department of Fisheries and Oceans.

“NOAHA was pleased to have participated in this successful initiative aimed at protecting our oceans,” Toomasie said in a statement.

These new marine refuges were established under the Fisheries Act and technically are not Marine Protected Areas, which could offer wider protections from things like oil and gas exploration and drilling but would take many more years to establish under the Oceans act, Taylor said.

“If we had to wait for a Marine Protected Area and then engage in that type of discussion with the oil and gas industry and what have you, it would take us many more years for sure to get closures established and still the only real impact would be to prohibit the fishing industry because there is no oil and gas,” Taylor said.