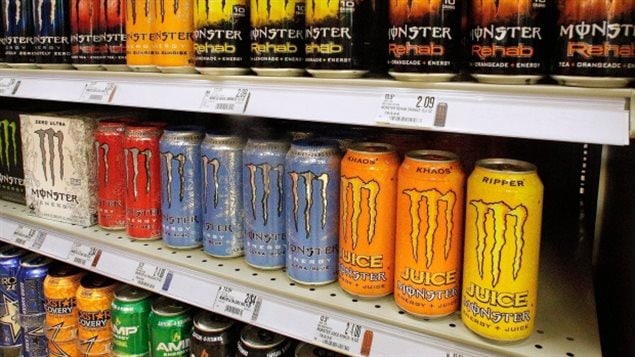 It's becoming more and more clear that energy drinks--when overconsumed--are not good for you, especially if you are young.
Photo Credit: cbc,ca

A new study in the Canadian Medical Association Journal Open all but confirms what a lot of scientists have been saying about energy drinks.

If you are young, you best lay off them. Or, at the very, very least, moderate your consumption

The study, co-authored by David Hammond, professor at the School of Public Health and Health Systems at the University of Waterloo, finds that half of young people who have consumed energy drinks have experienced health effects that are negative–ranging from rapid heartbeat and nausea to–in some cases–seizures.

Researchers surveyed 2,055 Canadians between the ages of 12 and 24.

About 74 per cent (73.8) said they had consumed energy drinks at least once in their life and 55.4 per cent reported experiencing a negative health effect.

Along with the negative health effects, what drives Hammond crazy is the easy availability of the drinks and their marketing.

I spoke with him by phone on Wednesday.