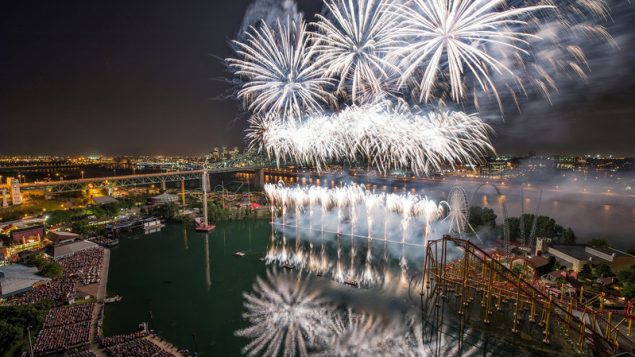 Montreal’s International Fireworks Competition can be viewed from a stadium within an amusement park, from a nearby bridge or from other locations in the city. (La Ronde)

Billing it as the largest pyrotechnics competition of its kind in the world, organizers of Montreal’s International Fireworks Competition say it generated an estimated $37 million in revenue for Montreal in 2016. It is also said to have contributed to the creation of 564 full-time jobs and attracted 838,033 people who watched the show from various locations in the city. Of those viewers, 72 per cent were from Montreal and 28 per cent from outside the city, according to an independent study by the auditing firm, KPMG.

The competition has been going on for 32 years and takes place on consecutive Saturday nights in the summer months of July and Augusts. Each night, a different country presents its fireworks set off from an island in heart of the St. Lawrence River. People can pay to get into an amusement park there and to sit at a stadium to view the show close-up. 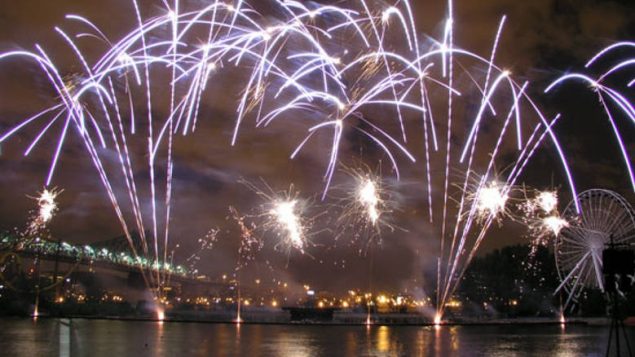 Many watch for free

But many others crowd onto a nearby bridge which is closed to traffic for the event. There were people who saw more than one show and the number of views is estimated to be 3.1 million.

The event is said to have increased awareness for the city of Montreal over the last three decades. The amusement park “is proud to be the host site for this spectacular celebration that draws hundreds of thousands of visitors who spend millions on hotels, restaurants and shopping,” said La Ronde park president, Janine Durette in a news release.