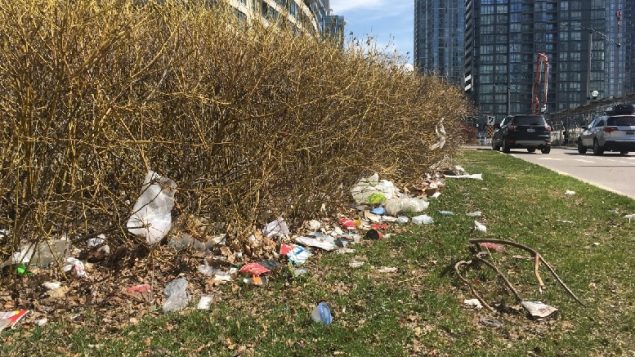 Bushes in Toronto end up as unsightly garbage traps for wind-blown single-use plastic bags, cups and containers. Many cities are considering a variety of actions such as bans, to deal with these items .PHOTO-Leva Lucs/CBC

Plastic has been a boon to mankind used in everything from containers, to bags, to car and plane parts, to clothing and so much more.

However, it has also become an environmental disaster. 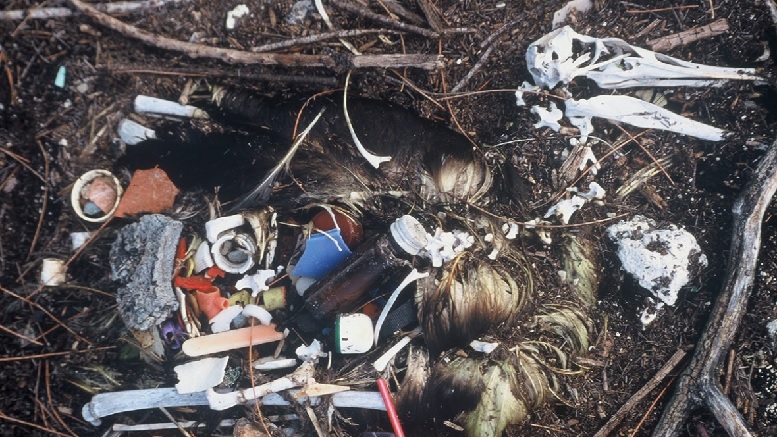 The decomposed body of an Albatross on Midway Island shows the plastic in the gut that killed the bird. Ingesting plastics mistaken for food is a deadly and growing threat to birds and aquatic species. PHOTO-Britta Denise Hardesty

While single use plastic shopping bags have been discouraged through added costs for the convenience, the next target seems to be straws and other single-use plastic items.

Estimates are that there are more plastic drinking straws throw out every day in Canada than there are Canadians. 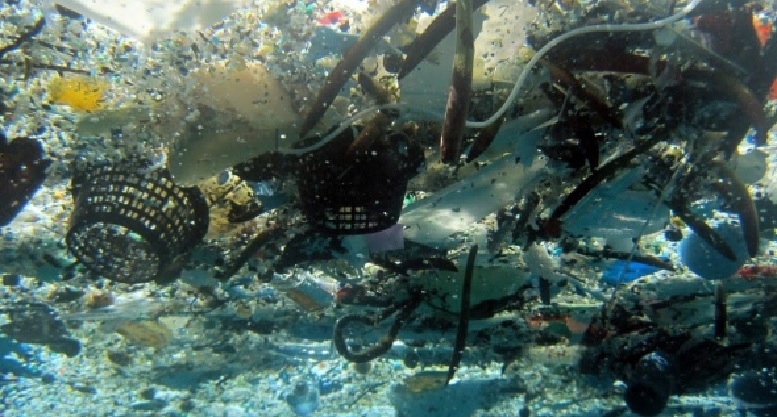 Tiny bits of broken down plastic,, even plastic fibres from rayon and polyester clothing, along with larger items have been found in waters around Vancouver PHOTO-NOAA/Associated Press

Cleaning and recycling costs millions annually and the city says it wants to do something about it. It is not calling for an outright ban, because some people with disabilities need them, but is developing a plan to reduce waste from such single-use items as

The policy is in the development stage, but already many restaurants and businesses are limiting use of straws and only give them in customers specifically request them. The polystyrene cups and containers might be banned outright, while encouraging reduction in the use of other plastic cups, or switching to more easily recyclable or compostable 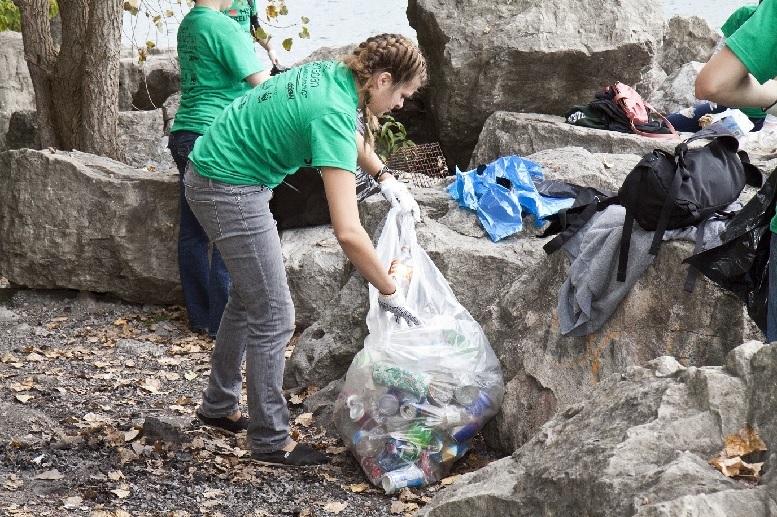 WWF Canada holds annual shoreline cleanups across Canada in which tons of plastic waste is gathered. Vancouver estimates annual costs of over $2 million to clean up shorelines. PHOTO-James Carpenter-WWF-Canada

As for other plastics, Montreal banned the thin single use shopping bags last year, the first Canadian city to do so saying lost or discarded bags pose a visual nuisance on the street, are a threat to both land and marine life, and last hundreds of years in landfills.

Toronto tried a plastic bag ban a few years ago, and then instead a charge for the bags, but both attempts failed, although the idea has been discussed again at Toronto Council.

Vancouver city council will consider reduction proposals in May.