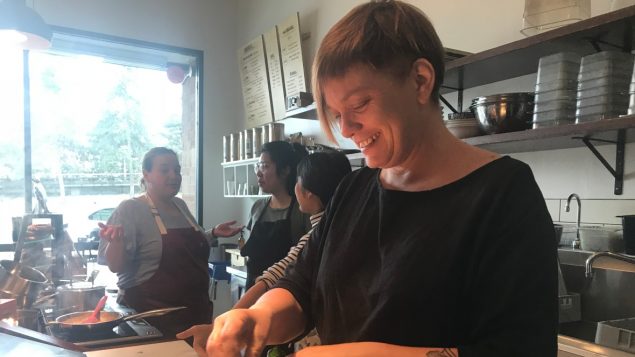 Andrea Carlson is one of more than 50 western chefs asking their provincial government to terminate leases on 20 salmon farms to protect wild salmon. (Greg Rasmussen/CBC)

More than 50 top chefs in the western province of British Columbia are asking for the termination of net-pen salmon farms off Canada’s Pacific coast. They and leading environmental scientist David Suzuki argue the farms are a threat to wild salmon because they spread parasites and disease. 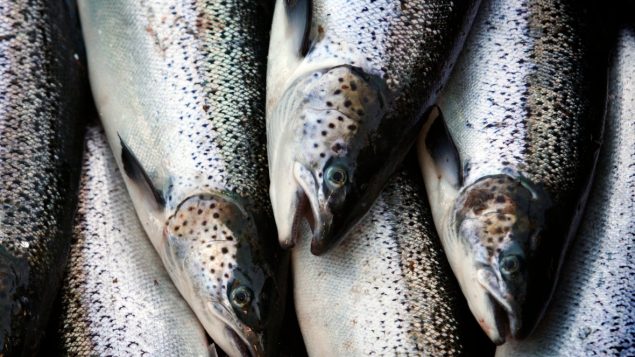 ‘Bad for the fish and the environment’

“As chefs dedicated to serving the best in terms of ethical sourcing, taste and nutrition, it is vital that we develop and maintain sustainable food sources,” said Chef David Hawksworth of Hawksworth Restaurant in a news release. “It’s clear that these salmon farms are bad for the fish and the environment and, as a result, our industry.”

The news release also notes that Indigenous people held protests in late 2017 claiming that two farms near Alert Bay are illegally placed on their territories and operate without the consent of those most affected. 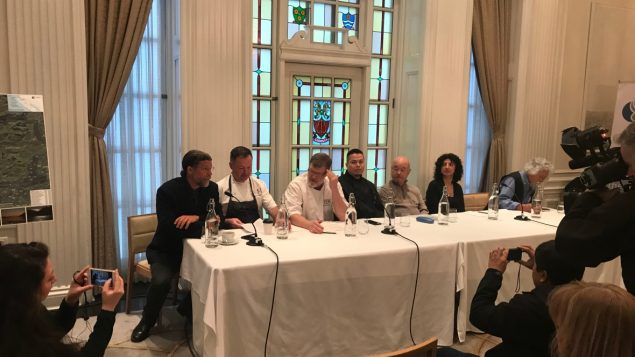 Farms are on a wild salmon migratory route

The chefs are calling on the British Columbia government to not renew the tenures for 20 open net-pen salmon farms in the Broughton Archipelago this June, noting they are on a wild salmon migratory route.

Salmon farmers say a loss of their production would boost the price of salmon and put undue pressure on wild salmon which cannot meet the growing demand for the fish. 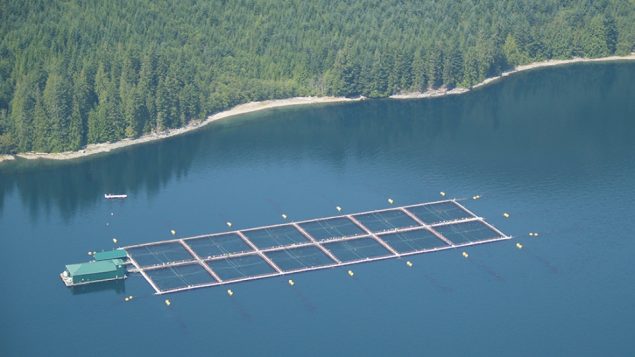 Debate has gone on for years about salmon farms and the threats they pose to iconic, wild salmon species. But now there is a minority government in power in the province of British Columbia. It governs with the support of Andrew Weaver, an elected member of the Green Party who in the past lobbied hard against salmon farms. He would like the government to facilitate a  transition from ocean based, open net fish farms to land-based, closed containment systems.