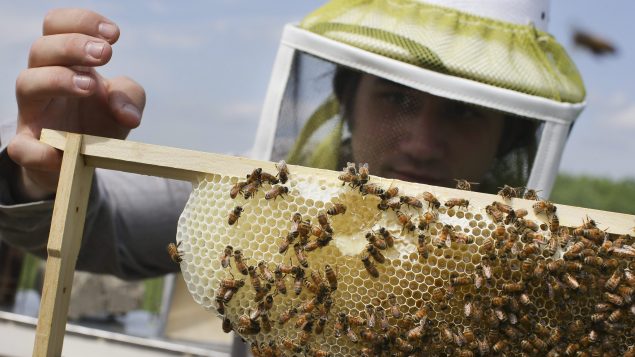 For more than a decade, populations of honey bees and other key pollinators have been declining. (John Minchillo/AP Photo/May 27, 2015)

The European Union has banned all outdoor uses of neonicotinoid pesticides to protect bees, and Canada should do the same, argue several Canadian environmental groups. Scientific studies have long linked the use of these chemicals to the decline of honeybees, wild bees and other insects that pollinate plants including our food crops.

Meanwhile, Canada has proposed to phase out one in the class of neonicotinoids, imidacloprid, but not until 2021 at the earliest. Two others in the class are subject to only minor restrictions.

Bees pollinate flowers and plants that people depend on for food.

Neonicotinoids are the most widely-used class of insecticides in Canada and the world “which has led to ubiquitous environmental contamination,” says a group news release. It calls on the government of Canada to “follow the EU’s lead with comprehensive and swift action on all neonics to protect pollinators and biodiversity.” 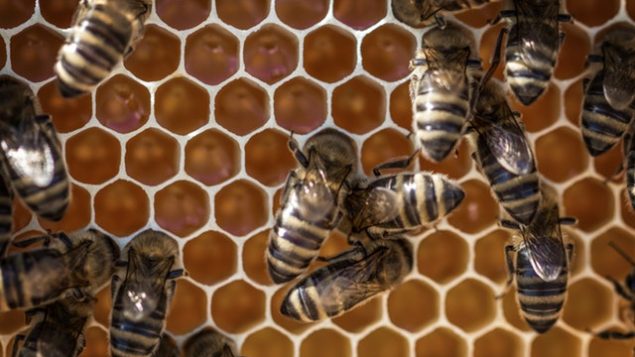 Honey samples from around the world have been found to be contaminated with neonicotinoids.