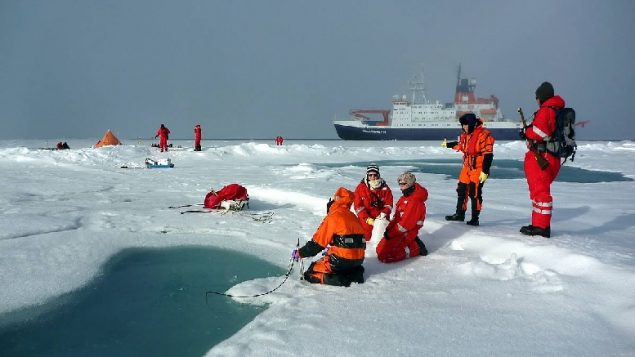 Many have heard of the great Pacific garbage patch, a slowly swirling gyre of thousands of tons of plastic. But that plastic is not just in this garbage patch, it’s in every major lake and ocean, and now even in the high Arctic.

As plastic breaks down, it is not “absorbed” into the environment but merely breaks into smaller and smaller pieces.

A recent research team found that even in the distant Arctic, the microplastics are not only present, but the water and ice are chocked full of the tiny particles. 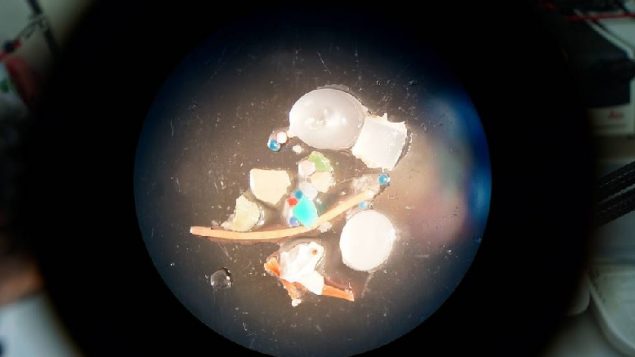 The study found that even a chunk of Arctic ice that can fit in your hand, about a litre in volume, can hold as many as 12,000 bits of microplastic.

Things like paint chips from ships, plastic bits from fishing nets, and cigarette filters are also indicative of increased human activities in the Arctic they said. 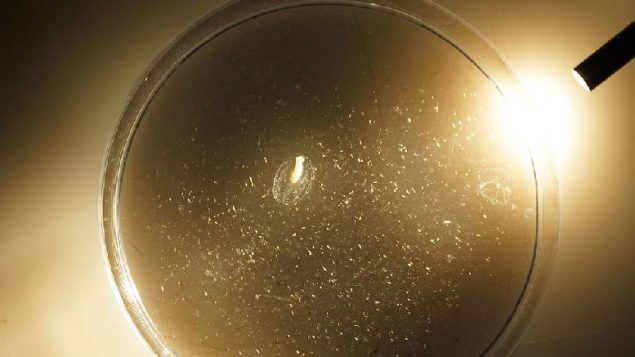 Tiny jellyfish eating microscopic bits of plastic. This tiny organism would in turn be prey for larger creatures and up the food chain accumulating the plastic content. Photo: Gunnar Gerdts- AWI

Quoted in PostMedia news, Dr Ilka Peeken, biologist and first author of the study, said: “More than half of the microplastic particles trapped in the ice were less than a twentieth of a millimetre wide, which means they could easily be ingested by Arctic microorganisms. No one can say for certain how harmful these tiny plastic particles are for marine life, or ultimately for human beings”. 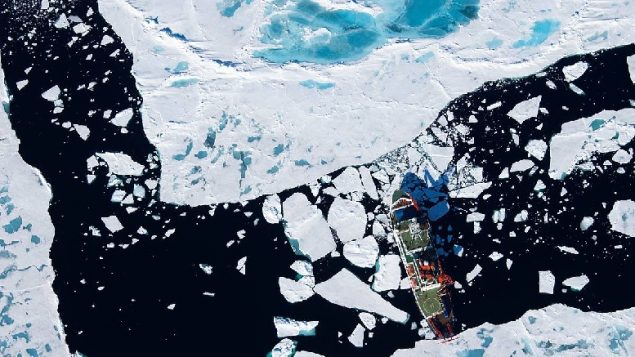 The scientists noted that as Arctic ice melts, years of microplastic previously frozen into the ice, is being released.

The concern is that the microscopic bits of plastic, which also absord toxic chemicals, are being eaten by tiny marine organisms which in turn are eaten by larger fish and animals up the food chain and eventually in some cases by humans.

The effects of the microplastics on the body, and the toxins absorbed, are not yet well-understood.