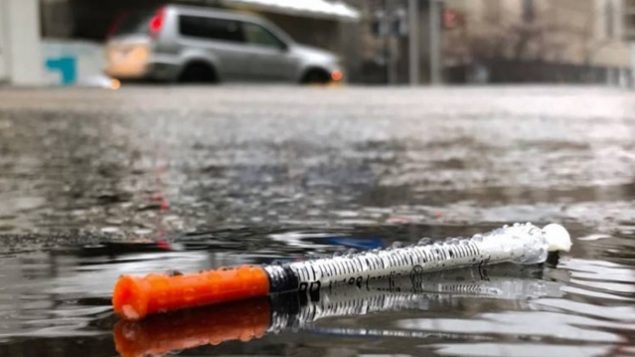 Street drugs often do not contain what dealers say they do, and may contain dangerous substances like fentanyl. (Rafferty Baker/CBC/file)

Drug checking finds most were not what Vancouver users expected

An overdose crisis in the western city of Vancouver prompted officials to ask for samples of street drugs to test their contents. Analysis of 1,714 substances found that more than 60 per cent contained none of the drug that clients were told they were getting.

Of the samples sold as opioids, only 19 per cent were found to contain the expected substance in any detectable amount and 88 per cent tested positive for the powerful and deadly drug, fentanyl. 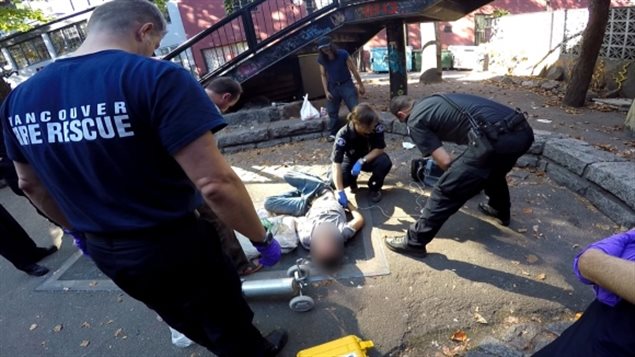 Canada is battling a wave of overdose deaths that started and is most pronounced in the western province of British Columbia. (Radio-Canada/file)

The coroner in the province of British Columbia has found the fentanyl was detected in about 83 per cent of the more than 1,400 overdose deaths there last year.

The drug testing study was run by the British Columbia Centre on Substance Use at two supervised drug consumption sites in Vancouver. They were equipped with fentanyl test strips and a portable machine which can test a range of substances.

Results passed on to users

The centre says the testing provides important information about potentially dangerous substances that can be passed on to people who use street drugs. Text messages were sent to people about the drugs circulating in the illegal drug market. Because the users were anonymous it is not known whether they modified their behaviour based on the information. In general, they are encouraged to take harm reduction measures like reducing their dose to avoid an accidental overdose.

In 2017, 366 people in Vancouver died of an illicit drug overdose. In March 2018, 50 people died and that was the second highest number of over4dose deaths in a single month since the crisis began, said the mayor.

The British Columbia Centre on Substance Use announced drug checking services are available at Insite, its supervised drug injection site in Vancouver, Mondays to Wednesdays from 10am to 5pm.