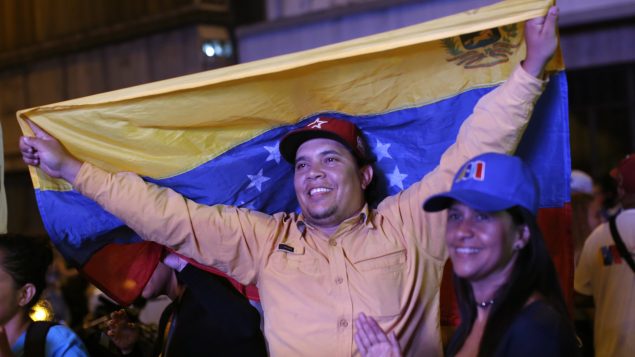 Supporters of Venezuela's President Nicolas Maduro celebrate the results of the election, outside of Miraflores Palace in Caracas, Venezuela, May 20, 2018. (Carlos Jasso/REUTERS)

In response to Maduro’s win, Ottawa will downgrade its diplomatic relations with Venezuela restrict its engagement with the government in Caracas, Freeland said.

As a result, the Canadian embassy in Venezuela will be headed by a chargé d’affaires rather than a full-fledged ambassador, Freeland said.

“The Maduro regime has once again failed its people by restricting Venezuelans’ rights and liberty and by preventing the free participation of opposition parties,” Freeland said. “Canada rejects the Venezuelan electoral process—and its results—as not representing the democratic will of Venezuela’s citizens.” 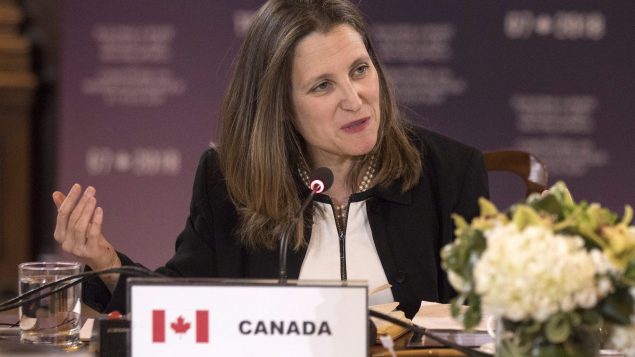 Canada has imposed two rounds of targeted sanctions to date and continues to coordinate with international partners to pressure the Maduro regime to restore democracy in Venezuela, Freeland said.

However, she did not say whether Canada is considering joining the sanctions against Venezuela’s all-important oil sector, proposed by her U.S. counterpart State Secretary Mike Pompeo.

Canada will maintain the existing ban on Canada’s support for Venezuelan candidacies to multilateral and international organizations, such as the United Nations, will impose a ban on formal bilateral military cooperation and forbid Canadian officials from attending international or multilateral meetings and events hosted by or in Venezuela, Freeland said.

Ottawa will also restrict the issuance of invitations to senior Venezuelan government and military officials to attend events in or hosted by Canada, “except where directly relevant to Canadian policy priorities,” Freeland said.

“Canada stands by the people of Venezuela and will continue to oppose the Maduro dictatorship,” Freeland said. “The Maduro regime’s caricature of democracy and abuse of human rights do not serve Venezuelans; they deserve better.” 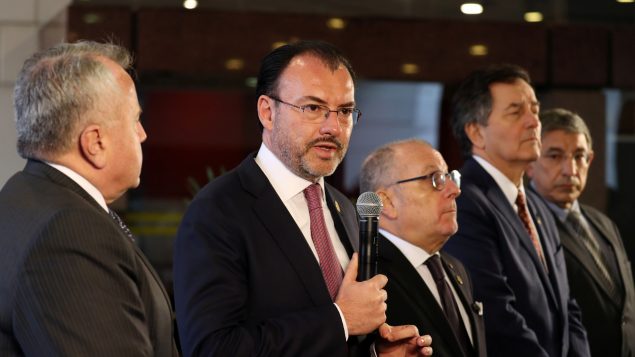 Ottawa’s reaction followed a blistering statement on Monday by the 14-nation “Lima Group” of countries in the Americas from Canada to Brazil, announcing that they did not recognize the legitimacy of the vote and would be downgrading diplomatic relations.

The group deplored Venezuela’s “grave humanitarian situation” behind a migrant exodus and promised to help co-ordinate with international financial bodies to crack down on corruption and block loans to the government.

Spain, which has led European Union criticism of Maduro, also weighed in.

“Venezuela’s electoral process has not respected the most basic democratic standards. Spain and its European partners will study appropriate measures and continue to work to alleviate Venezuelans’ suffering,” tweeted Prime Minister Mariano Rajoy.

Foreign ministers of Argentina, Australia, Canada, Chile, Mexico and the U.S. meeting on the sidelines of the G20 Meeting of Foreign Affairs Ministers in Buenos Aires also issued a joint statement saying the election was “a clear confirmation of the breakdown of democratic institutions in Venezuela.”

“Faced with this result, the governments making this Declaration will consider possible political and economic-financial measures sanctioning Maduro’s authoritarian regime, while seeking not to affect the Venezuelan people, the primary victims of this breakdown of democratic institutions in Venezuela,” said the joint declaration.

“We reiterate that a solution to the crisis in Venezuela must be reached peacefully and with Venezuelans themselves taking a leading role.”

‘The revolution is here to stay’ 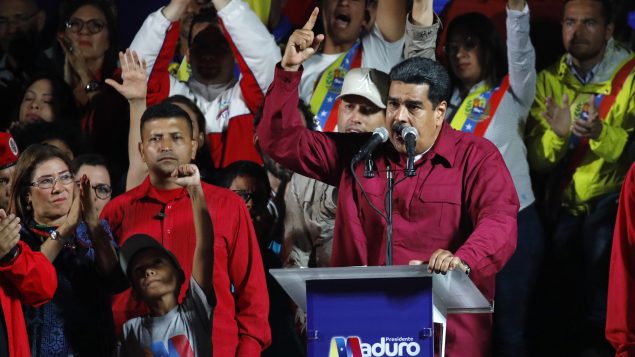 Venezuela’s President Nicolas Maduro is surrounded by supporters as he speaks during a gathering after the results of the election were released, outside of the Miraflores Palace in Caracas, Venezuela, May 20, 2018. (Carlos Garcia Rawlins/REUTERS)

The 55-year-old successor to late leftist leader Hugo Chavez hailed his win as a victory against “imperialism.”

“The revolution is here to stay!” a jubilant Maduro told the crowd.

The former bus driver promised to prioritize economic recovery after five years of crippling recession that has seen many in the OPEC nation of 30 million people struggle with chronic shortages of food, medicines and other basic necessities, as well as hyperinflation that nears 14,000 per cent.

But his main challengers, Henri Falcon and Javier Bertucci, alleged irregularities and refused to recognize the result.

Maduro took 68 percent of votes – more than three times as many as his main rival, Falcon. However, turnout was a low 46 percent, compared with 80 percent at the last presidential election in 2013. 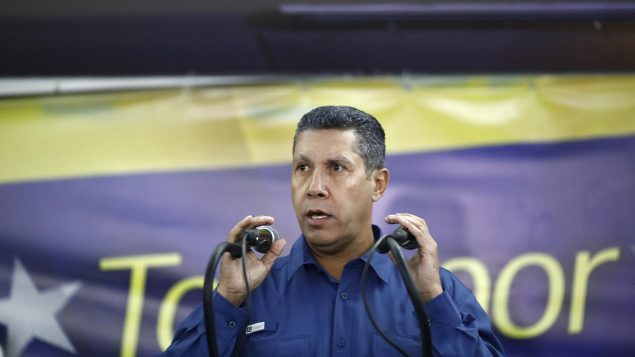 Venezuelan presidential candidate Henri Falcon reacts to the results of the election at Falcon’s press center in Caracas, Venezuela, May 20, 2018. (Marco Bello/REUTERS)

The results of the elections confirm that the left-wing popular Chavismo movement founded by Chavez is still the predominant force in Venezuela, said Raul Burbano, of Common Frontiers, an umbrella group of labour and civil society organizations.

“It’s clear that the Venezuelans have en masse rejected the project of the opposition,” Burbano said in a phone interview from Caracas, where he led a delegation representing Canadian labour and ecumenical organizations who were invited by Venezuelan labour movement to observe the election.

“The Bolivarian Chavista sector of the population that elected Hugo Chavez back in 1998 today gave the same mandate to Maduro.” 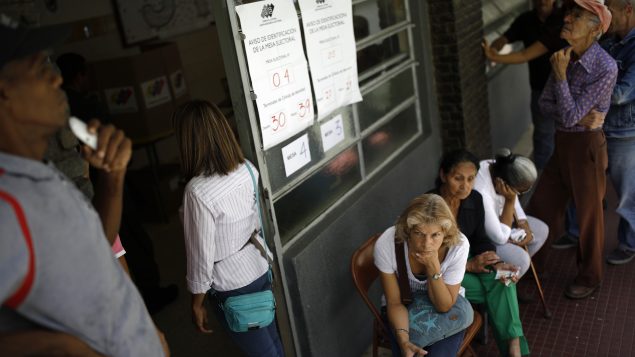 Venezuelan citizens wait to vote at a polling station during the presidential election in Caracas, Venezuela, May 20, 2018. (Carlos Garcia Rawlins/REUTERS)

The team of seven Canadian observers who were part of a larger group of 250 election monitors from 60 countries did not see any election irregularities, intimidation or coercion, despite what’s being claimed by the opposition and Western governments hostile to Maduro Socialist government, Burbano said.

“From six o’clock in the morning people were out voting, there were large lineups outside different voting centres,” Burbano said. “What we saw was a very peaceful orderly process. It looked like any ordinary democratic voting process.”

Opposition claims of vote rigging should be taken with a grain of salt, Burbano said.

Burbano said he regrets Canada’s policy of disengaging with Venezuela and shunning the Maduro government.

“I believe that we should be working with the Venezuelan government to strengthen their democracy, to strengthen the economy and to support the participatory process and move away from the sanctions because historically sanctions have not benefited the people, if anything, they hurt people, the average Venezuelan,” Burbano said.