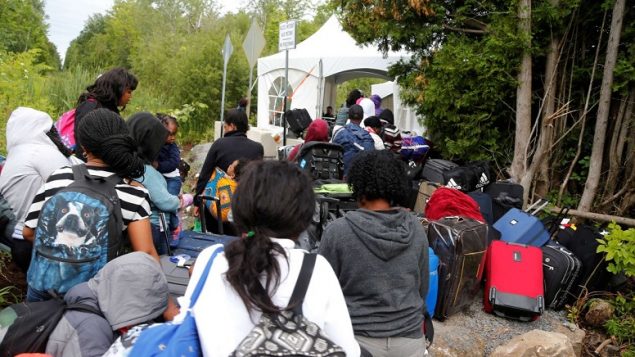 There was a large influx of asylum claimants crossing into Canada outside of regular border posts to avoid being turned back to the United States. (Christinne Muschi/Reuters/August 2017)

(public comments open on all RCI stories – scroll to bottom to submit. Comments will be posted after moderation)

For the past several decades, Canadians have generally been favourable to immigration, but a recent survey shows there may be a significant change in attitude.

The recent controversial policies of the current Trudeau government in bringing in tens of thousands of Syrian refugees, a significant increase in immigration targets, and with thousands continuing to enter illegally, may all have combined for the change.

The Trudeau government increased immigration targets for Canada from 260,000 per year, to 310,000 per year. The latest poll on Canadian attitudes fourn almost half (49%) thought this number was too high.

The poll by the Angus Reid Institute, looked at data going back to 1975 and to date. 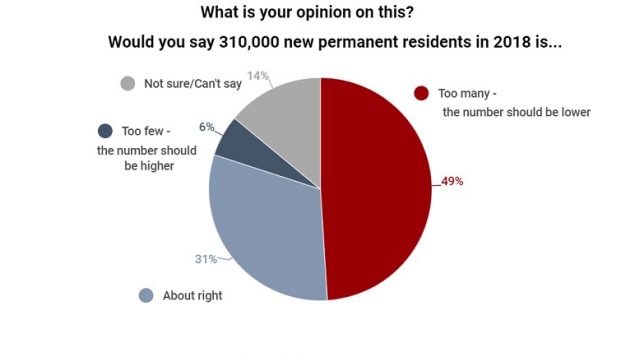 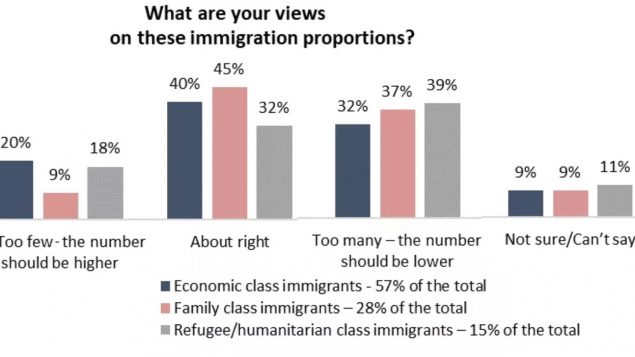 Shachi Kurl, executive director of the Angus Reid Institute is quick to point out that although there is a relatively big shift in attitude, one shouldn’t draw long term conclusions from a single data point. She says they can’t determine if this is a “blip” or a longer term indication of a clear change in attitudes.

The Trudeau government has been coming under increasing fire for not tightening border security against the influx of illegal crossings and asylum claims. Many critics have blamed a tweet he made for starting the influx.