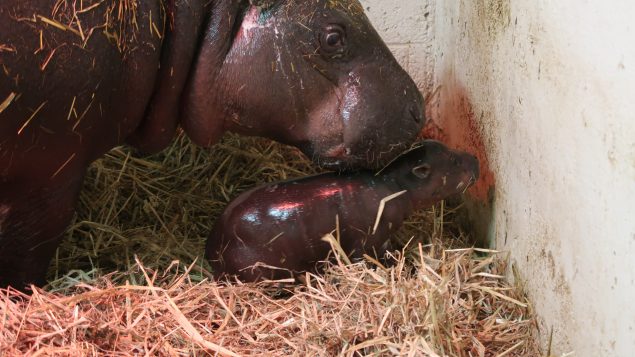 First-time mother Kindia and her new baby pygmy hippo are doing well so far at the Toronto Zoo. (Toronto Zoo)

On August 10, 2018, 12-year-old Kindia gave birth to her first baby, a 5.48- kilogram female pygmy hippo at the Toronto Zoo. The baby is nursing regularly and has already put on 3.2 kilograms. “This is a first-time mom raising a calf and that can always be tricky. You don’t know if the instincts (will) kick in,” says Maria Franke, curator of mammals at the Toronto Zoo. “Her instincts kicked in immediately. So, both mom and baby are doing really well.” 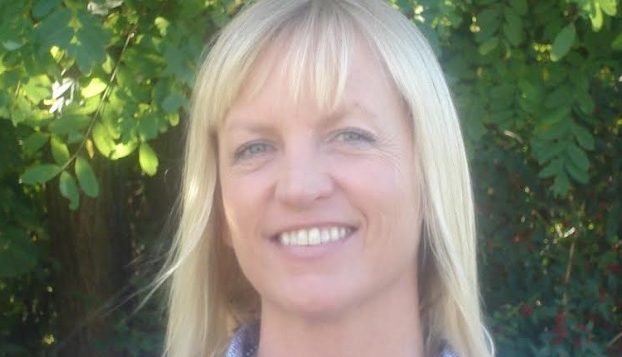 Maria Franke hopes the birth of a pygmy hippo at the Toronto Zoo will help bolster the species and raise awareness. (Toronto Zoo)

These mammals are listed as Endangered on an International Union for Conservation. There are only 2-3,000 left in the wild in West Africa, primarily found in Liberia. So, the Toronto Zoo participates in the Pygmy Hippopotamus Species Survival Plan (SSP) which involves zoos in North America in efforts to breed endangered animals.

“They’re a species that tends not to reproduce that readily in a zoo environment,” says Franke. “So, right now in the North American SSP population there’s around 103 animals. The really important factor with this birth is that we actually imported Kindia, the female (mother), from a facility in France. So, bringing those genetics into the North America population… basically we have to start working globally if we want to save endangered and critically endangered species.”

Next 30 days are critical

Mother and baby are being kept away from the public for now and will be closely monitored over the next 30 days to ensure they remain healthy. Assuming she survives and once baby is old enough, she will likely be sent to another zoo and paired with a male in hopes she will produce her own offspring.

The zoo is working out a plan to have the public participate in the naming of the baby. This will help raise awareness about the plight of pygmy hippos which are losing a great deal of habitat to logging, farming and human settlement. Logging roads are also making it easier for hunters to find and kill them for their meat.