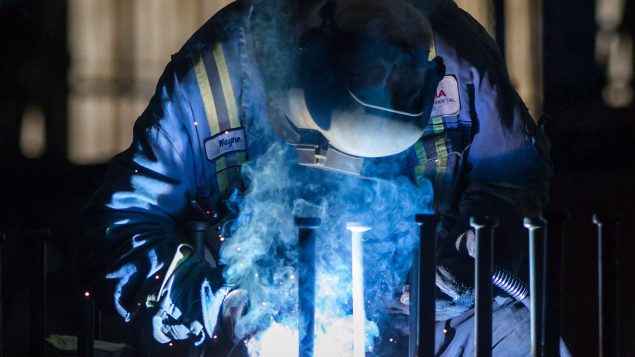 The United Steelworkers union says it is “unacceptable” that the Canadian government is pushing ahead with the Comprehensive and Progressive Agreement for Trans-Pacific Partnership (CPTPP). This is a trade deal between Canada and several Pacific nations that the union says would cost Canada 58,000 jobs and increase income inequality.

The Canadian government is debating legislation to implement the CPTPP, but the union says members of Parliament do not have the full text of the agreement which “was negotiated with little transparency or accountability.”

The union’s director, Ken Neumann, compares the deal with a Canadian-European trade deal that came into effect last year saying it has lead to worsening trade imbalance for Canadians.

While the United States has pulled out of the Trans-Pacific Partnership, Canada came to a trade agreement with Australia, Brunei, Japan and several other Pacific nations. (Esteban Felix/AP/The Canadian Press/March 29, 2018 photo)

‘Canadians will have no recourse’

He says the CPTPP will give corporations the power to sue various levels of governments in Canada for enacting laws and regulations that protect the environment, food safety and other public interests.  He adds that Canadians will have no recourse to oppose such challenges “which are heard in unaccountable, secret tribunals headed by international trade lawyers.”

Neumann says the deal will erode Canada’s manufacturing and industrial base, drive down wages, weaken labour standards and worsen global environmental challenges. The union is calling on the government to step back from what it calls a potentially devastating agreement.