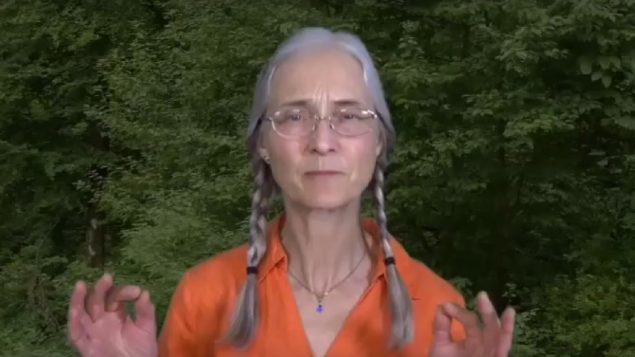 The German law is called “Volksverhetzung” which loosely translates as “incitement to hatred”.  In a trial which ended last Friday, a Canadian woman was convicted for her 2016 youtube video which claimed the Holocaust never happened and that it was a “six million lie”.

Her brother Alfred, aged 63, was also convicted under the same law.

Monika Schaefer, aged 59, of Jasper Alberta was visiting Germany  in January to attend the trial of another Holocaust denier, Sylvia Stolz who was later convicted of Holocaust denial.

She was arrested at the time and faced six charges. She was held in prison since then while the trial took place as both she and her brother were considered “flight risks” and could find shelter among sympathisers.

Convicted last week she was sentenced to 10 months in jail, but has been released owing to time already served.

Canadian-born Schaefer aged 59, had been a federal candidate for the Green Party in Alberta, running unsuccessfully three times starting in 2006 before she was rejected by the party when her views became known. 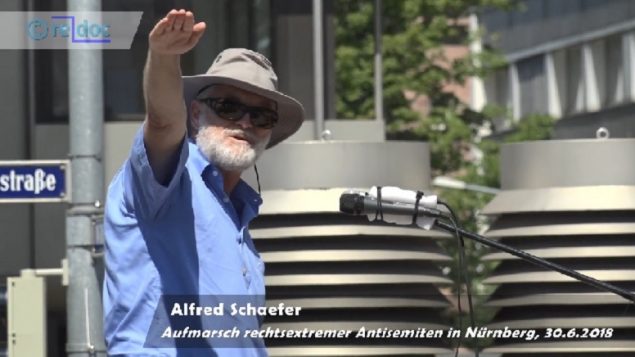 Alfred Schaefer at a Holocaust denial rally in June in Nuremburg making a comment about how high a dog can jump and using that as an excuse to give what could easily be interpreted as a Nazi salute to a receptive audience. (YouTube via B’nai Brith”

Her brother Alfred, a German-Canadian, who apparently labelled the trial as an “inquisition” had been arrested in connection with several denial videos and a speech at a rally in Dresden with a well-known Holocaust denier Gerhard Ittner.  He was filmed at another rally in June in Nuremburg. Facing 11 charges, Alfred Schaefer was found guilty and was handed a stiffer sentence of three years and two months.