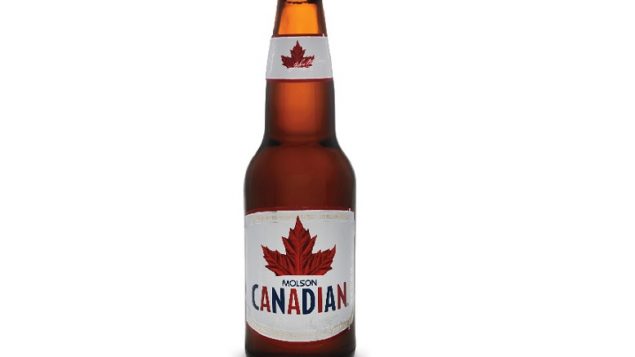 "Canadian" is the best selling Molson brand. Soon the Maple Leaf may be replaced with a marijuana leaf instead on a new product under development. (LCBO)

Now that recreational use of marijuana is legal in Canada, companies are eager to tap into what is expected to be a multi billion dollar market.

So it’s perhaps no surprise then that one of Canada’s largest brewers has announced it’s getting into the cannabis business. 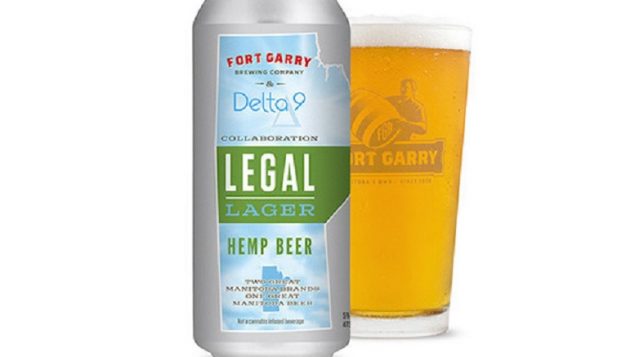 “Legal Lager” by the Fort Garry Brewing Co, is sold in Manitoba. Although brewed with cannabis seeds for flavour, this product has no THC and so is unlike the other products being developed by other firms content. ( Delta-9 Ft Garry Brewing Co)

“We will be in a ready to go position and one of the first on the playing field as the market opens up,” CEO Mark R. Hunter told Bloomberg news.

At this point there are no plans to sell the eventual product to U.S states where cannabis is legal.

Molson-Coors is not the only brewer eyeing the potential market. Among many others, Constellation Brands, maker of Corono and Modelo beer recently spent millions of dollars for a 38 per cent stake in Canadian cannabis producer Canopy Growth.

A small Ontario-based company Province Brands, says it’s developing a method of replacing barley in the process with marijuana stems and roots as opposed to other brewers who are infusing the beer with marijuana oil.