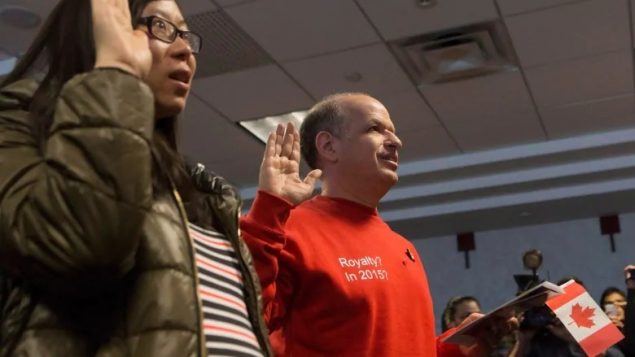 Dror Bar-Natan, right, was among newcomers to Canada taking the oath of citizenship at a ceremony in Toronto in 2015. Canada is increasing its current immigration quota by 40,000 to 350,000 in 2021. (Chris Young/Canadian Press)

The government has unveiled an immigration plan that will see Canada increase the number of newcomers from 310,000 this year to 350,000 in 2021.

The announcement came Wednesday in Ottawa from Immigration Minister Ahmed Hussen, who added that additional funding has been earmarked to bring 1,000 vulnerable women and girl refugees to Canada over the next two years.

His news conference came a day after the Canada Border Services Agency confirmed a CBC News report that the agency is setting a goal to increase deportations by up to 35 per cent, an estimated 10,000 persons.

In unveiling his plan, Hussen said the great majority of immigrants will come under economic programs designed to address skills shortages and gaps in Canada’s labour market. 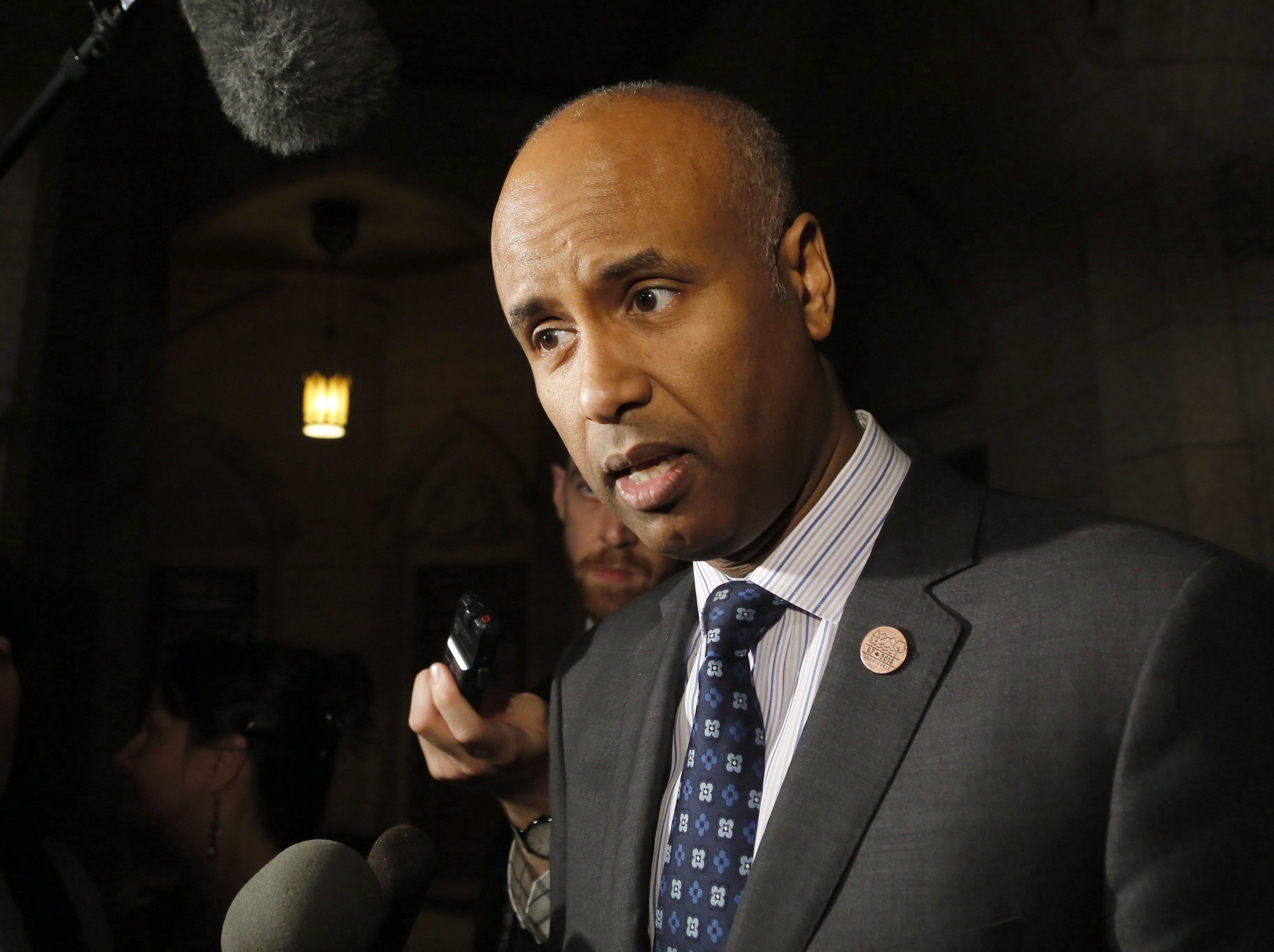 Minister of Immigration, Refugees and Citizenship Ahmed Hussen speaking to reporters outside the House of Commons on Parliament Hill in May. (Patrick Doyle/Canadian Press)

“In certain regions the hunger for workers is huge,” he said.

“This plan is making us very competitive in the global market

The increase to 350,000 immigrants does not satisfy many immigrant advocates, who say Canada could accept more.

Hussen says Ottawa is taking a “measured” approach to make sure newcomers have access to suitable settlement services.