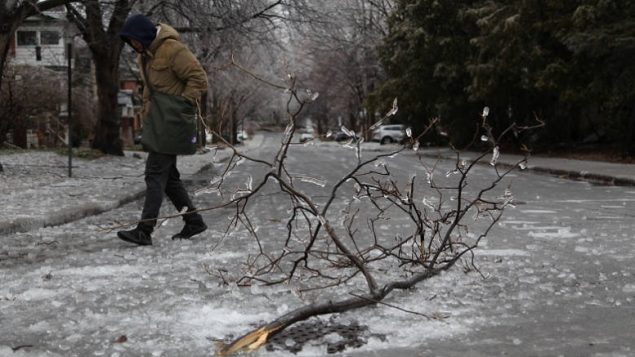 Several long-term forecasts have been released for the coming season and what has been the “norm” of late seems to be more abnormal conditions.

Across Canada and much of the U.S.  the west will be generally warmer than than normal, while the east will experience general colder conditions.

“A developing El Niño typically signals a milder winter across most of the country, and for Western Canada that is exactly what we expect for the upcoming season,” said Chris Scott, Chief Meteorologist at The Weather Network. “For the Western Prairies, this means the abnormally cold fall has not been a sign of things to come. However, from Ontario to Atlantic Canada we are seeing a snowy sneak preview of what will become the dominant pattern for winter.” 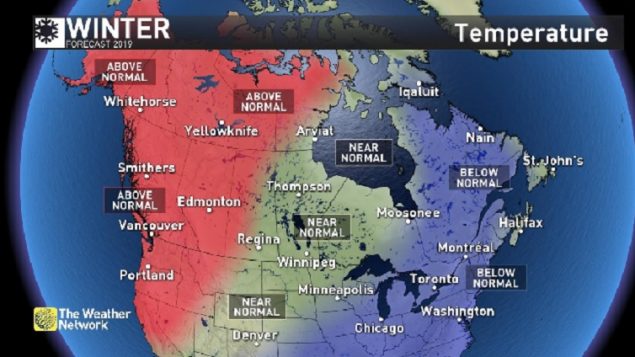 The Weather Network predictions for much of North America, Only the central region is expected to have more or less “normal” conditions this winter. (Weather Network)

Across Europe, “unsettled” might be the operative word, and apparently accompanied by powerful windstorms which will affect various countries at various times across most of Europe. 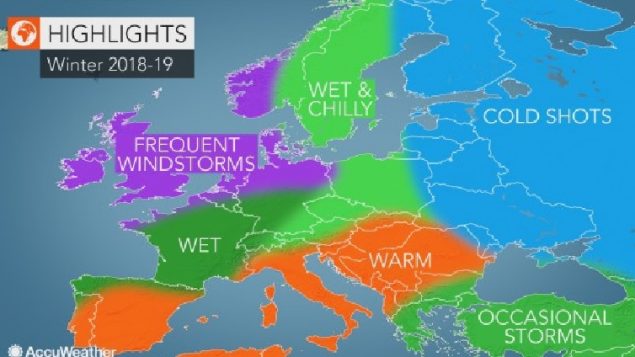 Australia, where “winter” is actually summer in the southern hemisphere, experienced one of its hottest years ever last year. This appears to be the same this year with temperatures predicted to be above normal for virtually the entire country through December and January. Conditions are also expected to be drier and that would mean those regions already affected by drought would have a low chance of recovery. 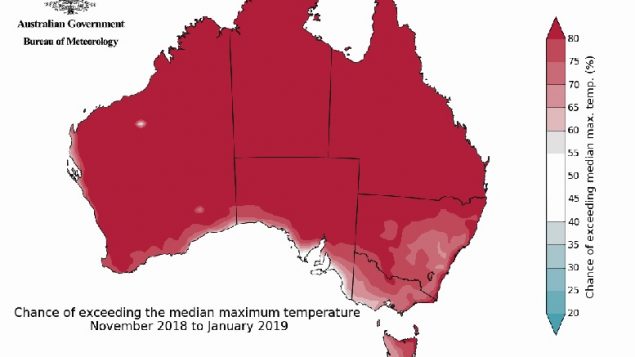 Australia, virtually the entire country will experience a hotter than normal December and January (Govt Australia)