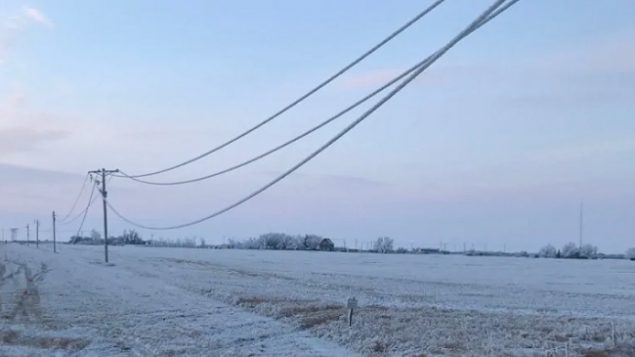 Heavy frost and wind have brought down electrical lines in several parts of Saskatchewan in western Canada. (SaskPower/Twitter)

The electrical utility in the western province of Saskatchewan says there is a crisis event of major power failures in several areas due to heavy frost and wind. Most of Canada experiences extreme cold and snow in winter and utilities are equipped to handle such conditions. But in this case, a build up of frost has caused lines to sag and wind has brought many of them down.

In the famous ice storm of January 1998 in eastern Canada, the unusual several days of freezing rain not only brought down lines, it also toppled huge pylons causing power failures that in some cases lasted weeks. 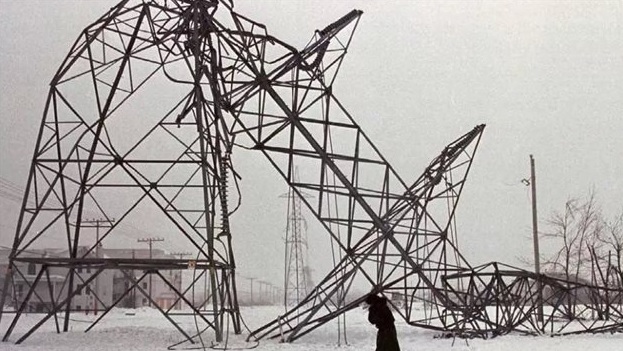 No lights, stoves or heat

When there are power failures in Canada, the lights go out, electrical appliances don’t work, but worse, electric heating fails. Even in homes where heat is provided by oil or gas, most often, electricity is required for them to function.

The current temperature in the city of Regina at midday today is -8 C and how fast it gets cold in a house depends on how well it is insulated. Some homes may have wood-burning fireplaces or stoves, but not many.

So, the people who are enduring power outages in Regina, Weyburn and Moose Jaw areas are anxious to know when electricity will be restored. The utility says it is not sure exactly but it won’t likely be until late this afternoon at the earliest.