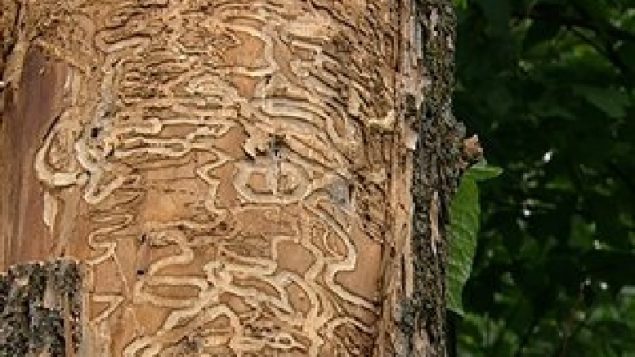 The invasive Emerald Ash Borer larvae travel in zigzag patterns under the bark chewing the vital area of the ash tree which carries nutrients to and from roots and leaves. by cutting the flow, the tree is slowly killed. (via Radio-Canada)

Update on 3 iconic species at risk

A new report from the Committee on the Status of Endangered Wildlife in Canada (COSEWIC), says that three species identified with Canada are now at increased risk.

In less that 20 years, the group says an invasive beetle has killed some two billion large and impressive ash trees throughout the Great Lakes region of North America. This includes the black ash, an important species for the makers of furniture and flooring and other commercial uses. 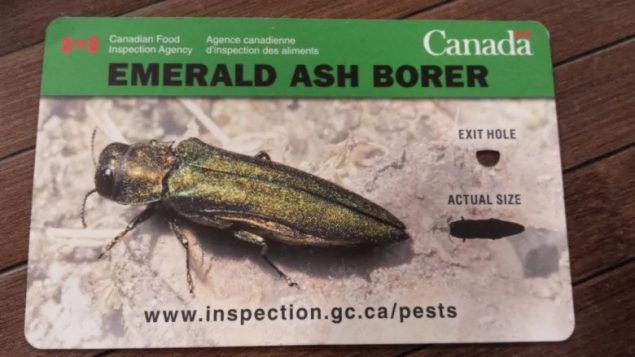 “Just because a species is common does not mean it is safe”, warned Donna Hurlburt, member of COSEWIC. “Just think of the extinct Passenger Pigeon.”

The emerald ash borer was first discovered in Michigan in 2002 and in Windsor Ontario the same year, although it had likely arrived some years earlier, probably on commercial shipments aboard wood pallets from its native Asia range.

Since its arrival it has spread quickly with no natural predators here causing vast destruction of native ash trees.

Cosewic has listed the tree as “threatened”, meaning “A wildlife species that is likely to become endangered if nothing is done to reverse the factors leading to its extirpation or extinction”. 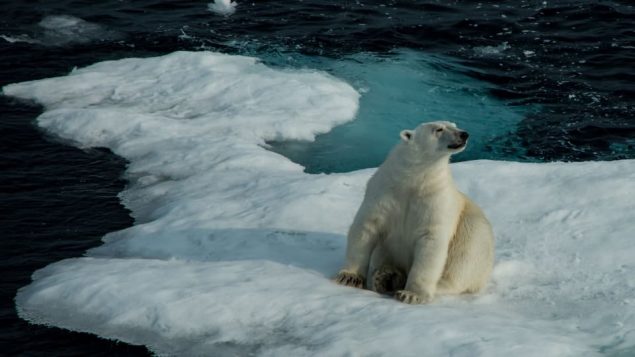 A polar bear amid melting ice in April 2017. Set against the backdrop of diminishing sea ice,  the species which needs sea ice to hunt and mate, is deemed to have an uncertain future. (Jimmy Thomson/Radio-Canada)

Cosewic also expressed concern about polar bears noting the continuing decline of sea-ice they need to hunt and mate.  Because Inuit say the bears will adapt, it is been difficult to determine an assessment but have listed the bears as “special concern” meaning. “a wildlife species that may become threatened or endangered because of a combination of biological characteristics and identified threats”

The third iconic species is the Chinook salmon, often called the king of Pacific salmon., Once abundant, and culturally important food source for west coast indigenous people and for a variety of animals, the committee noted several concerns with the large migratory species. 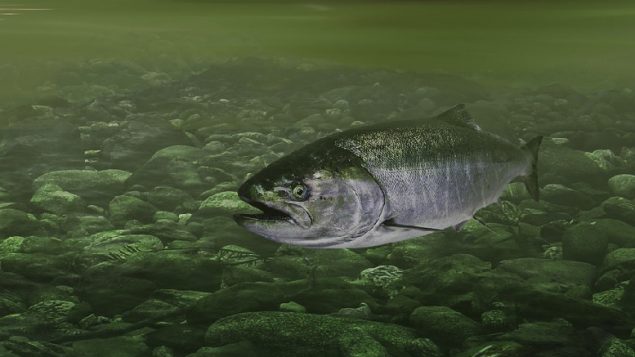 The large migratory Chinook salmon is a vital food source for many species, and for west coast indigenous people as a cultural symbol. It has been found to be in serious decline. (Stuart Clarke-COSEWIC- CNW)

It listed 13 populations to be declining with eight assessed as Endangered (A wildlife species facing imminent extirpation or extinction) four as Threatened and one as Special Concern. Only the large population that lives in the Thompson River is stable.

Officials noted that the decline may also have a negative affect on Southern Resident killer whales which depend on Chinook for food.