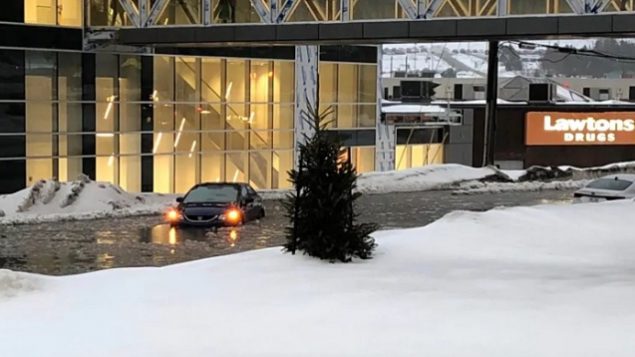 So much snow and rain fell in such a short time that water accumulated on the streets of St. John’s on January 15, 2019. (Submitted to CBC by Matthew Hutton)

Unusual weather caused flooding, stranding a provincial cars in the eastern city of St. John’s yesterday. A snowstorm dumped 10 centimetres of snow in just two hours and then more than 18 millimetres of freezing rain and rain topped it off. More snow was expected later. 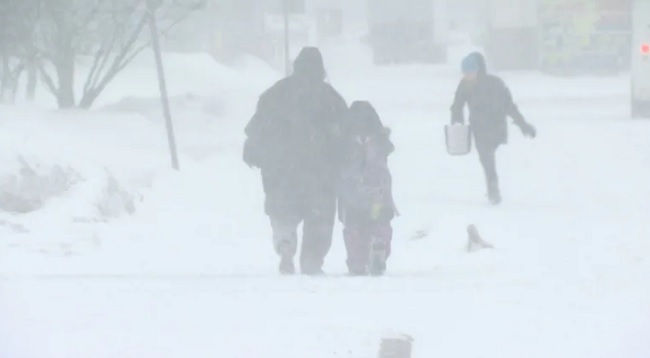 High winds blew around falling snow making it difficult to see in St. John’s later in the afternoon. (Bruce Tilley/CBC)

The heavy precipitation caused slippery conditions on roads and highways around the province of Newfoundland and Labrador, and flooding on many roads in the capital, St. John’s. Cabinet Minister Lisa Dempster posted effusive praise on Facebook for firefighters who rescued her after she drove into a pool of water and was stranded for 45 minutes in her car.

Minister lost a son to drowning

Dempster said water is her “greatest fear.” Her son, Nicholas, accidentally drowned in 1998 at the age of four.

After she drove her car into the water yesterday, the doors would not open. Firefighters finally pulled her through the car’s window onto a ladder and then transferred her onto a fire truck. She praised and thanked firefighters for keeping her calm and rescuing her and another motorist.

Several cars became stuck or stalled in flood waters. Extra first responders were dispatched to rescue people and to clear snow to allow water to drain from city roads. 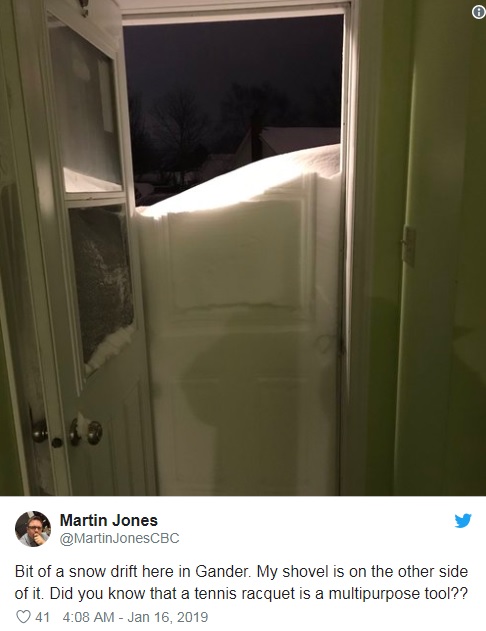