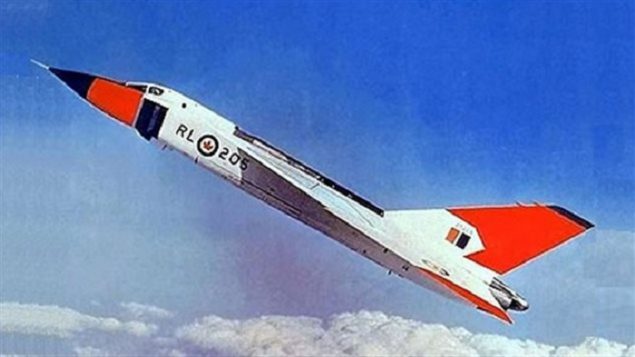 One of the most iconic photos of the CF-105 Arrow shown on a steep climb. This was actually plane 201, retouched for some reason to show as 205. painted with dayglo orange nose, tail, and wingtips. The Arrow went supersonic on only its third test flight and met or surpassed all expectations. but in a move still hotly debated and shrouded in conspiracy theories these many decades later, all the planes and the tooling were ordered destroyed (RCAF)

60th Anniversary: Black Friday for the Arrow and progress for flying replica

An “Arrow” will fly again!

It was on Friday February 20th, 1959, that what was arguably the world’s most advanced jet interceptor programme was cancelled, and not only cancelled but viciously so. The completed planes were ordered destroyed, and even the specialty tools and jigs with them.

Many argue that Canada’s CF-105 Arrow would still not be completely outclassed even today. A dedicated group of volunteers in Alberta has been working for years to create a 60 per cent size subsonic jet replica in an effort to keep alive the memory of this incredibly advanced Canadian plane.

Mike Ward is the treasurer of the non-profit Avro Museum at the Springbank airport near Calgary, Alberta. The group has building the technologically complex replica for years as it slowly but surely heads towards completion.

The first models of Canada’s A.V Roe CF-105 Arrow had already surpassed flight expectations with substitute engines and were expected to break more records when the new Canadian-designed engines were completed. 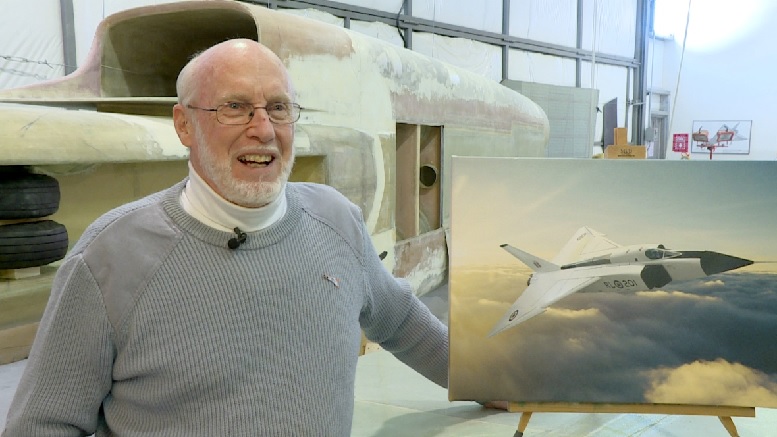 Although a handful of the jets were already completed, the huge potential of the Arrow was never to be realised.

Cost overruns, due in part to developing the then extremely advanced technology and materials, caused the government of the day to cancel the project, in spite of its obvious success. Conspiracy theories abound even to this day about alleged U.S pressure to buy their anti-aircraft missiles and scrap the 105 project, especially as many of the highly advanced designers and engineers were quickly snapped up by American jet builders and NASA. 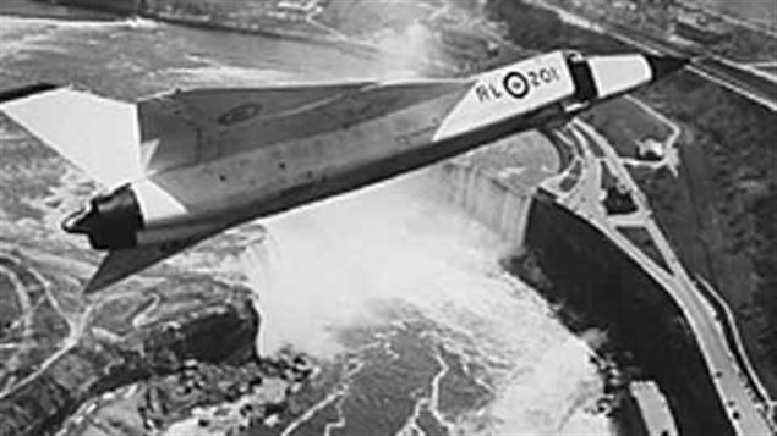 Arrow RL 201 on a test flight possibly 1958 over Canada’s Niagara Falls. Beautiful and outstandingly fast, it was designed to intercept Russian bombers over the Arctic. (RCAF-DND)

The group of aviation buffs and model builders came together years ago and decided to work towards making the iconic and legendary plane live again.

The amazingly sleek Avro Arrow on its official rollout Oct 4 1957. The destruction of the Arrow remains as an open wound for many Canadians. PHOTO- wikicommons

After years of technical work in design to scale down the plane and deal with the many complexities of creating an exacting 0.6 scale, two seat jet model, work has progressed towards making it a reality. 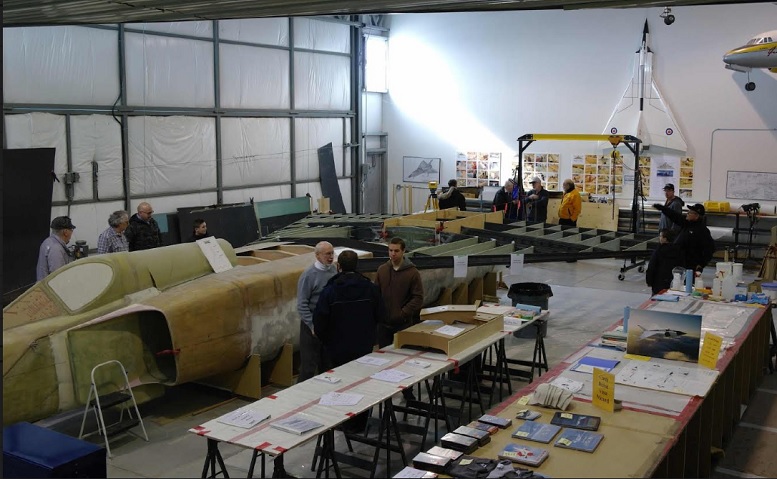 Visitors to one of the Avro Museum’s regular “open house” visits.. Note wing jigs in background and a huge flying test model on the wall. (Avro Museum)

Ward figures the all volunteer group is still about 5 years from taxi trials, but actual flight would likely be very soon follow.

The 1997 feature film of the Arrows creation and demise can be found on youtube.