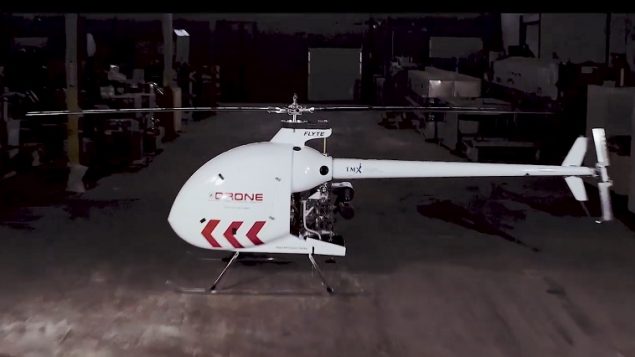 Looking like a model, the new cargo drone is actually about half the size of a typical helicopter (Drone Delivery Canada)

A Canadian drone company is already well on the way to a commercial delivery operation to a relatively remote community in Canada’s north.

Indeed several companies are testing the feasability of using drones to deliver goods, not the least of which is the giant multinational, Amazon.   The ongoing concern with drones however is their relatively limited cargo capacity.

The company known as Drone Delivery Canada has just unveiled a new type of drone which doesn’t resemble the typical multi-prop type of drones but instead looks much more like a half-size helicopter which they’re calling the “Condor”. 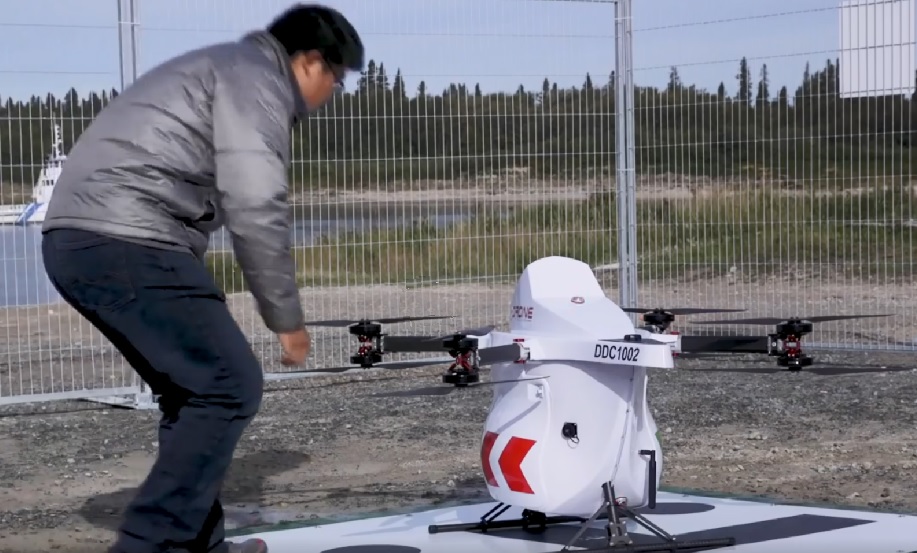 DDC began testing its flight management system by delivering small packages and mail from one small community to another, beyond typical line of sight. (DDC)

The much greater cargo capacity, up to 180 kilograms, occupies the space where one might typically expect to see a pilot and passenger.

The gasoline-engined drone also has a much longer range than battery-powered drones with its range of up to 200 kilometres. 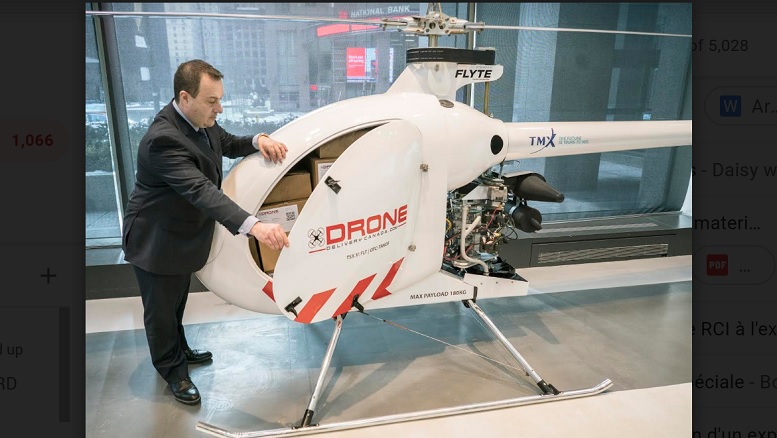 The drone will operate via the company’s proprietary computerised flight control management system which has been tested in earlier drones in a pilot programme late last year. These involved much smaller delivery drones operated between two northern Ontario communities.

Under Canadian law, drones can only be operated under “line of sight” rules meaning they must always be visible to the operator. However, DDC has been working with the federal regulator Transport Canada, in a pilot programme called “Beyond visual line of sight” (BVLOS), a capability needed for such remote and longer-distance deliveries. 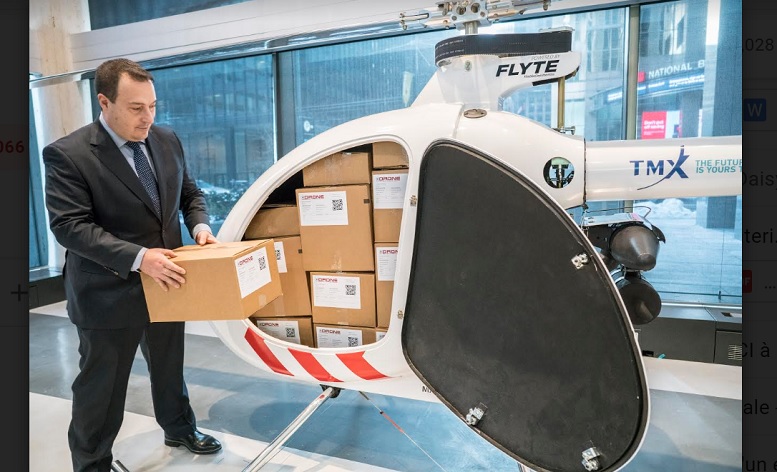 Flight and delivery trials of the Condor are expected this fall.