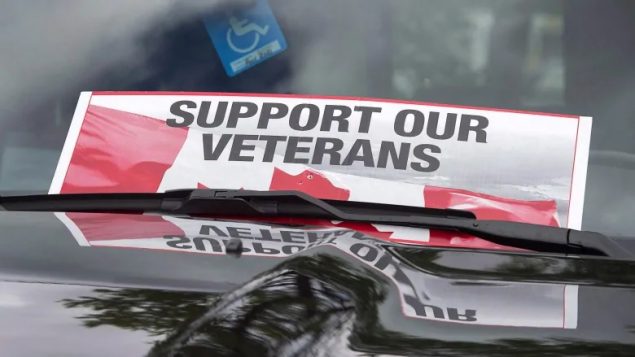 A sign is placed on a truck windshield as members of the advocacy group Banished Veterans protest outside the Veterans Affairs office in Halifax on June 16, 2016, less than a year after the Liberals swept to power in Ottawa, promising to more for veterans, a promise many vets believe the Liberals have not lived up to. (Andrew Vaughan/The Canadian Press)

Many Canadian vets unhappy about relationship with Ottawa

When the Liberals swept to power in Canada’s 2015 federal election, a lot of people were excited.

Not least among them were Canada’s veterans. 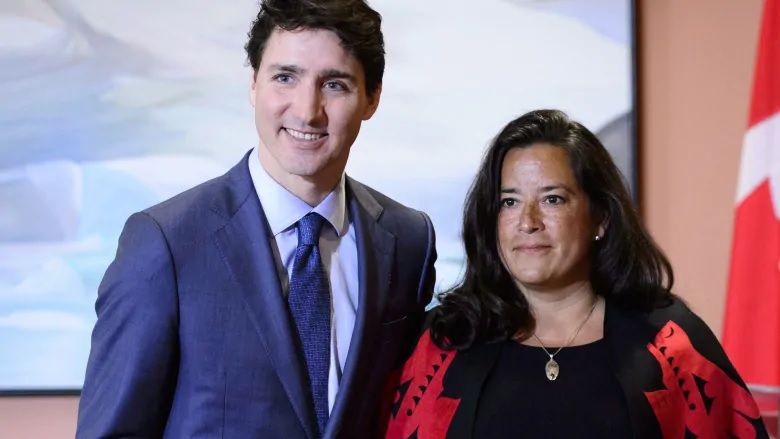 Justin Trudeau went out of his way–or so it seemed–to court veterans with promises to improve service delivery and reinstate a lifelong disability pension.

The promises followed years of political disagreements between veterans and the Conservative governments of Stephen Harper, which abolished the disability pension in 2006 with support from all federal parties and replaced it with rehabilitation programs and financial compensation for injured soldiers.

How’s the new relationship working out so far?

Probably best not to ask any veterans, who have watched three Veterans Affairs Ministers–Kent Hehr, Seamus O’Regan and Judy Wilson-Raybould (very, very briefly)–come and go since that election. 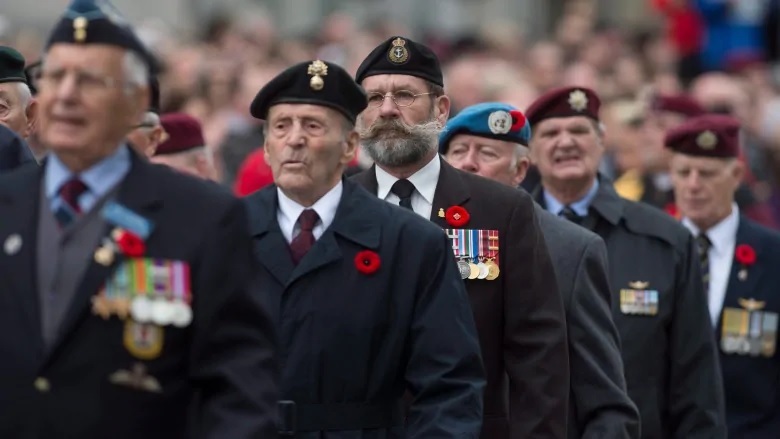 Throw in the fact that when Wilson-Raybould was shuffled from Justice to Veterans Affairs in January, the operative word everybody in Ottawa was using to describe the shift was “demotion.”

And that’s just the optics.

The reality: the Liberals are set to unveil a so-called Pension for Life program but are viewed by many as having ignored many veterans’ concerns.

“It’s like the veterans are the last priority in this story,” Afghan war veteran Aaron Bedard told CBC News when asked about the cabinet machinations.

“We don’t have a minister of Veterans Affairs anymore,” says Bedard, who led an unsuccessful legal battle against the government to reinstate the old disability pension. 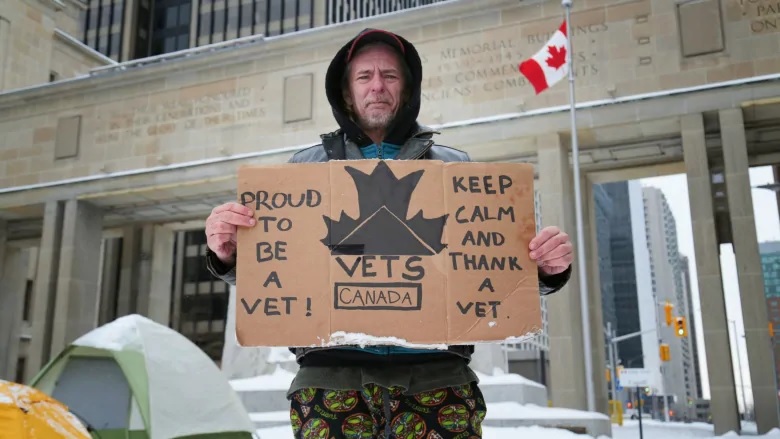 Trevor Sanderson was camping this week beneath the walkway connecting the East and West Memorial Buildings on Wellington Street in Ottawa, ahead of a protest a year ago for better services for veterans. (Marc-André Cossette/CBC)

“Our key concern is there’s been a betrayal of the commitment that the prime minister made in the election of 2015,” Brian Forbes, chair of the National Council of Veterans Associations, told CBC News.

To be fair, if the Liberals have seen their Veterans Affairs minister come and go, so did the Conservatives, who had three in less than three years leading up to the 2015 election.

If your counting, that makes seven in the last decade.

“It just makes it difficult to get work done,” Scott Maxwell, executive director of Wounded Warriors Canada, told the CBC.

Don Leonardo is a former peacekeeper who founded Veterans Canada, an advocacy group based in Alberta.

Like a lot of other veterans, he is not happy about the current state of affairs.