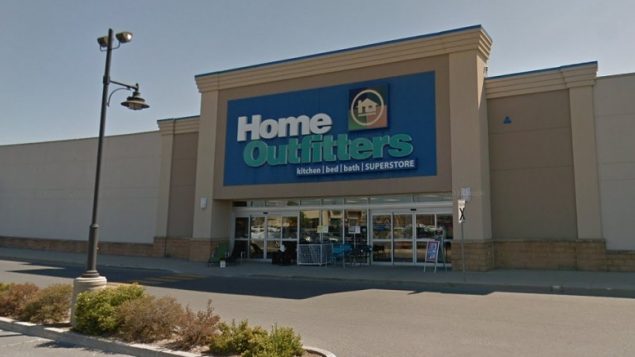 In a restructuring, Hudson's Bay announced closure of its separate ktichen, bedroom and bath furnishings outlets.. These were often a major component of shopping malls in Canada. (Google streetview-Kingston Ont

Hard times for retail: Another major chain closure in Canada

The oldest retail chain empire in Canada, has decided to shut down a major subsidiary.

Hudson’s Bay Canada (HBC) was founded in 1670 and has grown to an international operation. The retail giant announced this week it will be closing all its 37 Home Outfitters  operations across Canada.

The subsidiary, created in 1999,  carried a variety of home furnishings especially for kitchens, living room and bedroom, and bathrooms and was a major feature of shopping malls across the country.

As part of streamlining and refocusing, HBC also said it will shut at least 20 of its 133 Saks Off Fifth stores  which sells clothing and travel goods.  This may affect primarily U.S locations

In a statement, HBC CEO Helena Foulkes said, “Further streamlining our retail portfolio enables even greater focus on our businesses with the strongest growth opportunities. The divestiture of Gilt, rightsizing of Lord & Taylor, the recent merger of our European retail operations in Germany, and today’s announcement exemplify the bold strategic actions we are taking to set HBC up for long-term success,”

The statement also seems to point to a consumer trend to buy items online. The Home Outfitter closures will affect about 700 employees.

This latest announcement of a major closure of stores comes on the heels of the announcement of another major chain closing. This month Payless ShoeSource Canada announced it is filing for creditor protection in Canada as the Kansas-based company said it will cease operations at all of 2,500 stores in the U.S. and Canada. Payless had 248 stores in Canada and employed about 2,400 workers.

Also beginning in 2017, the giant Sears retail chain began closing after 126 years in North America. A last ditch effort to keep at least some of the stores operating, seems to have failed last month. 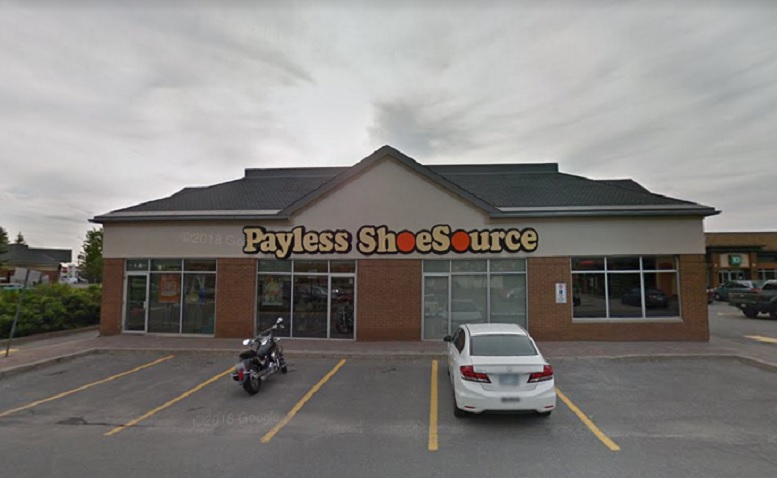 Payless shoes has begun closing all it stores across North America. Payless was another major feature of shopping malls. Shown is an outlet in Kanata, Ontario, one of several Payless stores in and around Ottawa. (google streetview)

In  2016 American-based giant Lowe’s Home Improvement big box operation purchased RONA a large Canadian chain of similar home improvement stores. At the time Lowe’s said the purchase would not change things for the Canadian operation or employees. Then late last year, the U.S giant announced it was closing 27 of the Canadian stores. 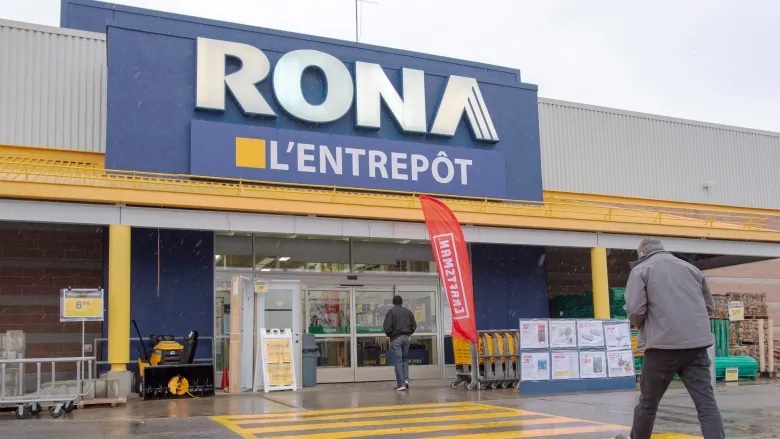 Another surprise closing was that of 24 stores of Canada’s Rona big-box home improvement chain only two years after being bought by US giant Lowe’s with assurances jobs would be secure. (Ryan Remiorz-CP)

Other major closures in Canada this year include all of Town Shoes 58 stores, and the 24 Jean Machine outlets.