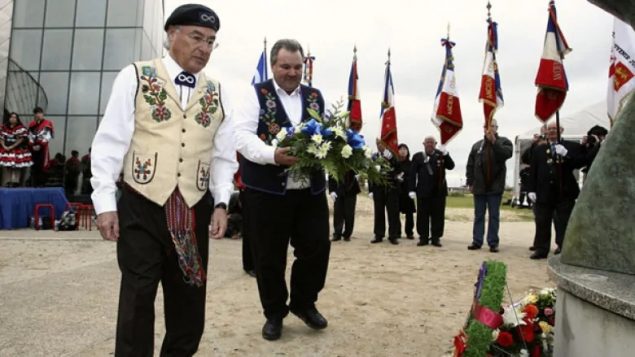 Métis military veterans, members of the 400,000-stong Métis community in Western Canada, may be on the verge of winning something they have wanted–desired–since the end of the Second World War: respect from the federal government.

That respect could begin with an apology, contain a financial compensation package similar to what First Nations soldiers received, and deliver on promises made–and not kept–like making sure Métis veterans get the military headstones to which they are entitled. 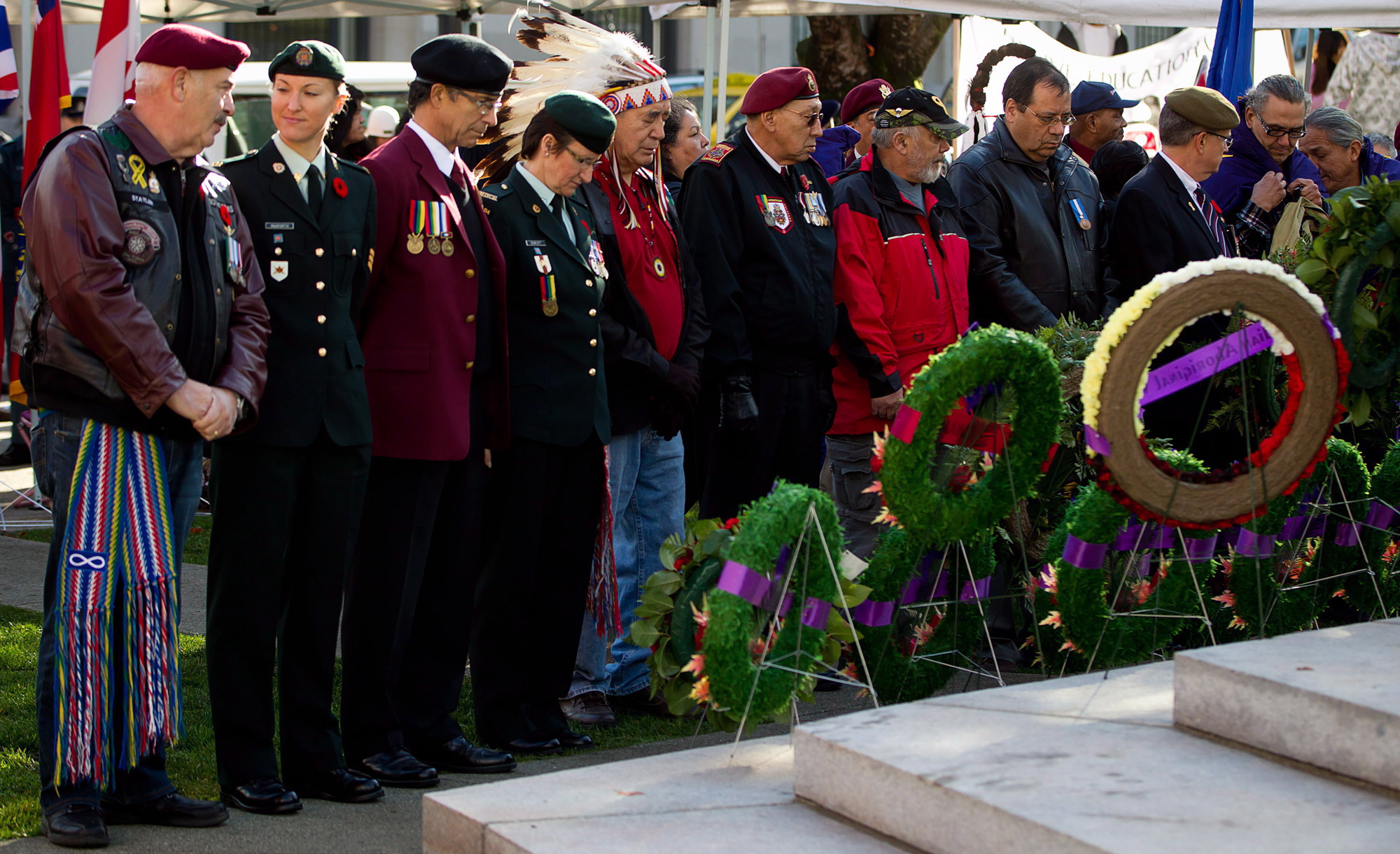 Veterans gather at the Victory Square Cenotaph for a National Aboriginal Veterans Day ceremony in Vancouver, B.C., on November 8, 2013. The ceremony is held to remember Aboriginal, Métis and Inuit men and women who served in the Canadian Forces. Ottawa finally appears ready to repay Métis veterans for their service. (CANADIAN PRESS/Darryl Dyck)

He’s been involved in this fight for two decades now and he’s finally sensing victory.

A man still stung by his father’s lack of a proper military headstone, Chartrand–just a couple of months ago–was inches away from working out a deal Veterans Affairs Minister Seamus O’Regan. 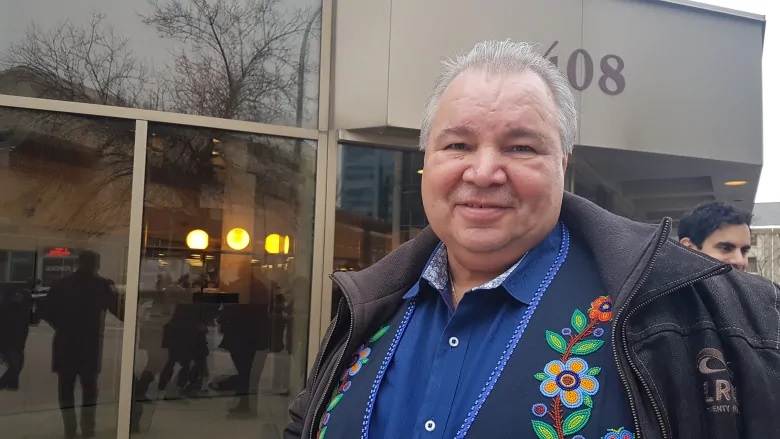 A couple of cabinet shuffles later, Chartrand and O’Regan’s plans to announce a settlement were put on hold.

Making sure the ball doesn’t get dropped amidst the shuffles and resignagtions, Chartrand wrote a letter dated March 4 to MacAuley urging him to ensure an apology is issued to Metis veterans because “time is running out.”

“Upon their return from the war, they were met with disrespect, ignored and never to receive the economic benefits supports that they were promised,” Chartrand wrote. 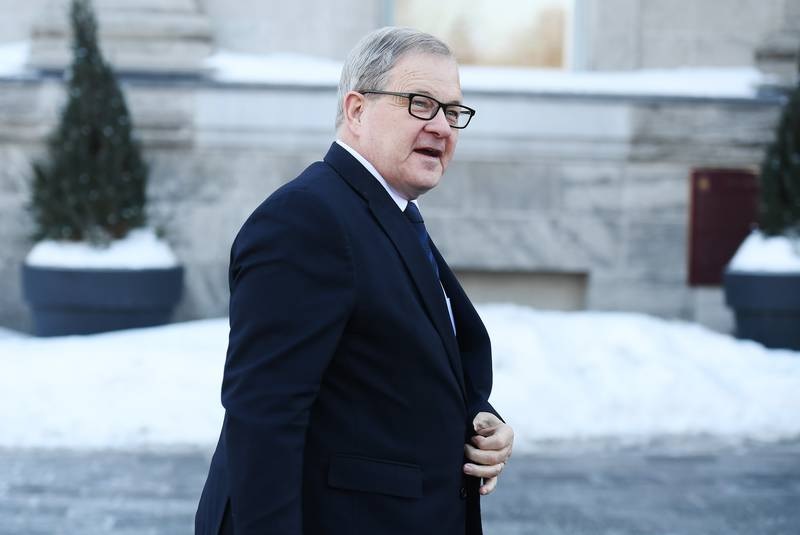 Lawrence MacAulay arrives at a swearing in ceremony at Rideau Hall in Ottawa on Friday, March 1. MacAulay says he will meet in the “near future” with Métis leaders to work out a final agreement for Métis veterans. (CANADIAN PRESS/Justin Tang)

“It is unfortunate there have been delays outside of our control. Yet, I cannot impress more upon you, your staff and your government how important this is to Métis veterans.”

Chartrand noted that his community had recently lost another Second World War veteran who never received an apology, let alone what he had been promised when he enlisted.

MacAuley did not miss his cue.

His office said Sunday he plans to meet with Chartrand and the Métis National Council in the “near future.”

I spoke with Chartrand by phone at his home in Manitoba about the Métis veterans and the letter he wrote.