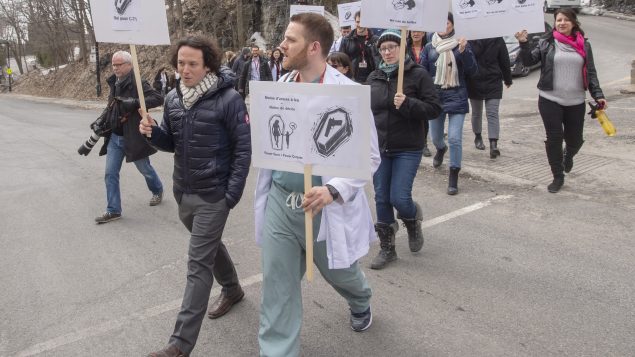 Doctors and other health-care workers marched for stronger gun laws on April 3, 2019 in Montreal and other Canadian cities. (Ryan Remiorz/The Canadian Press)

Doctors and others in the health care sector held rallies in several Canadian cities today to demand stronger restrictions on guns. Canadian Doctors for Protection from Guns is a grassroots group made up of trauma surgeons, emergency room doctors, pediatricians, psychologists, nurses, paramedics and other health professionals. 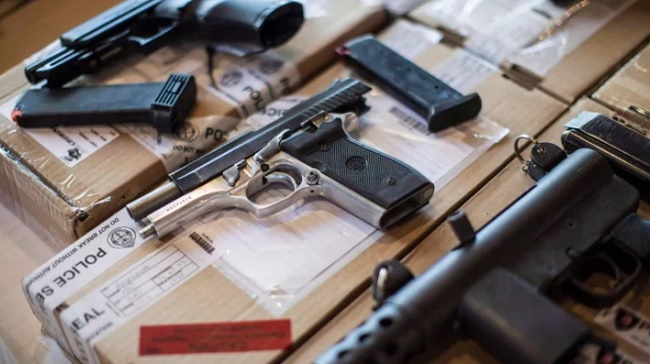 They say that they are first-hand witnesses to emotional and physical trauma and the devastation caused by guns. They are calling for a ban on handguns and assault weapons and the passage of Bill C-71, a proposed law which would toughen the screening of gun owners and require sellers to keep records of sales.

The group cites government statistics that show firearm-related violent crime has increased 42 per cent since 2013 in Canada and that this country has the fifth highest rate of death from firearms among 23 countries of the OECD. Marchers add that there is an incresed risk of suicide when guns are accessible.

Canadian Doctors for Protection from Guns conclude “we must treat gun related injury and death the way we treat other public health issues, such as smoking and road safety.”