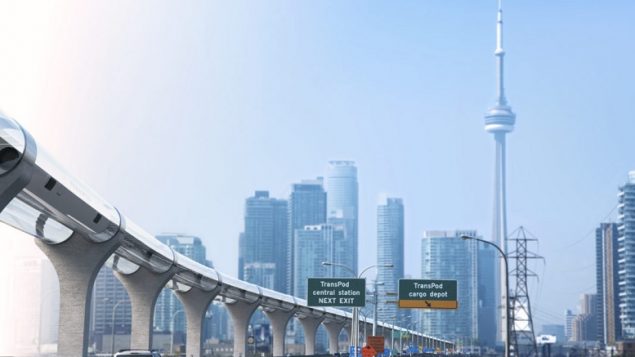 A hyperloop for Canada?

It’s the stuff of science fiction from the distant past of almost a century ago. Robert Heinlein wrote about such a thing in Starman Jones in 1953, but the idea had been around even decades before that. 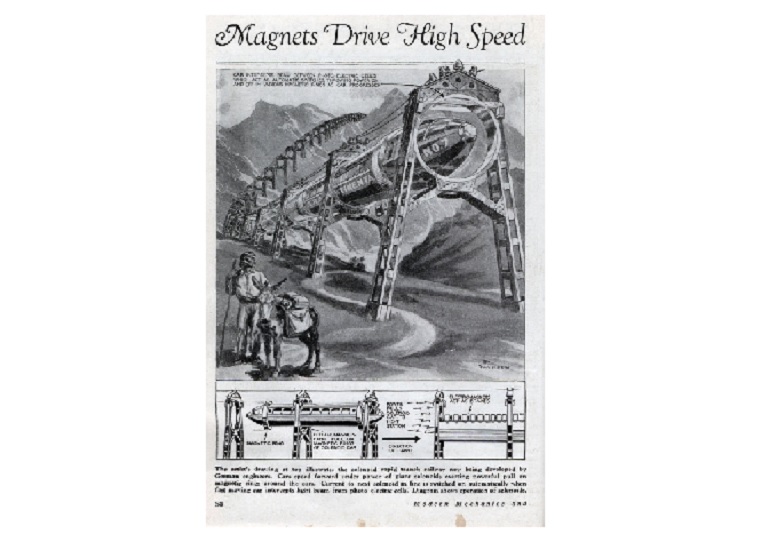 The idea has been around for almost 100 years as shown in this 1931 edition of Modern Mechanics and Inventions.

Basically it’s a transport pod suspended by magnetic or other technology such that it doesn’t actually touch any surface. As it operated within a very low or no air-pressure system, there is little to no air resistance as it travels at extremely high speed through the tunnel and would be unaffected by any weather conditions outside the tube.

Now the “hyperloop” is much less science fiction with American billionaire Elon Musk having created a successful prototype version.

Canada, which has lagged decades behind other countries in high speed rail lines, may just skip that step and go to hyperloop technology. 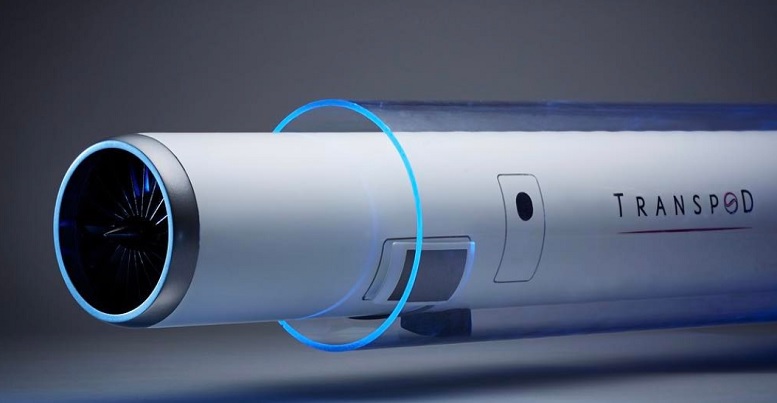 The Transpod technology showing a pod inside its transit tube. (Transpod)

The federal government agency Transport Canada has recently put out a request for proposals (RFP) to study the feasibility of a Montreal to Toronto link, a distance of approximately 550 kilometres.

Such technology is claimed to be able take passengers between the two major cities in a mere 45 minutes.

The RFP wants to know more about a variety of safety issues compared to high-speed rail or maglev concepts as well as studying the many engineering and economic questions involved. 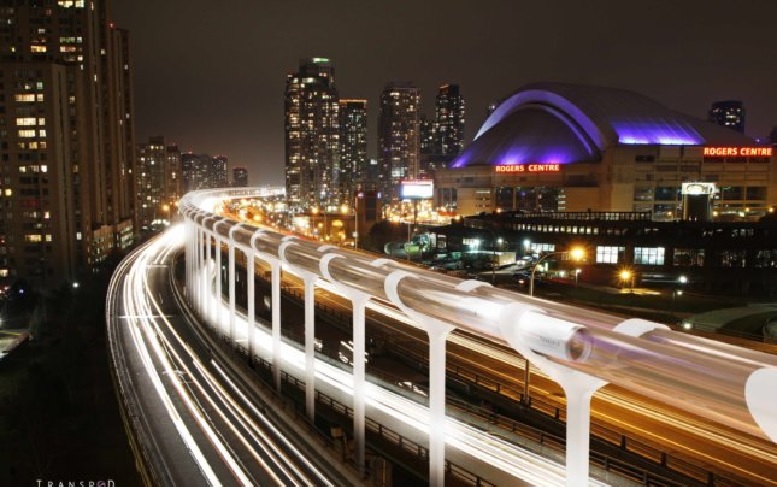 Hyperloop technology is being developed by several companies in locations around the world, but its still in its infancy (Transpod)

There have been several companies around the world springing up to propose the various technological ideas, including a Canadian one, Transpod. That company with investors in Europe has a 3-kilometre test track under construction in France. It has been chafing at lack of support in Canada and has been hinting of moving to Europe where some research has already been relocated. The company welcomes this latest announcement.

While the idea has almost universally been thought of as a passenger concept, Transport Canada is seeking some input as to whether freight pods could be an additional component.

And this being Canada, there are also questions about “regulatory oversight” of such a system.

Then again, when high-speed rail was being developed decades ago in Asia and Europe, Canada was also talking enthusiastically about a system here, and talking, and talking, even as late as last year during the provincial election in Ontario. There are still none in this vast country.

As for hyperloop technologies, there are none operating in other countries, at least not as of yet.