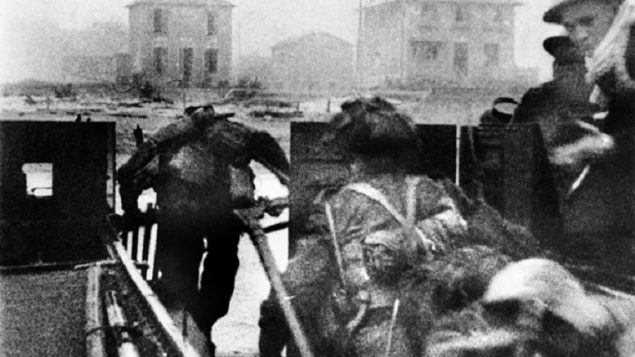 Still image taken from the earliest film sent from the landings. It shows the New Brunswick North Shore Regiment landing in the first wave..

We are just a couple of months away from a major event in Normandy France. June 6,1944 saw the greatest seaborne invasion in history with vast numbers of Allied troops landing on the beaches to free Europe from Nazi occupation.

Thousands of Canadians landed at Courseulles-sur-Mer that morning along a several kilometre stretch of beach designated as Juno. They stormed inland and against ferocious resistance, the Canadians were the only troops to reach their objectives that day.

Decades later, a group of veterans raised funds to create the Juno Beach Centre Museum to ensure the Canadian effort would not be forgotten and overlooked. It will be one of the centres of activity and ceremonies being organised this year.

There are now very few veterans left from the Second World War, but with this important 75th anniversary, of the 1944 landings, it behooves us to remember the sacrifice of so many to achieve peace and freedom. 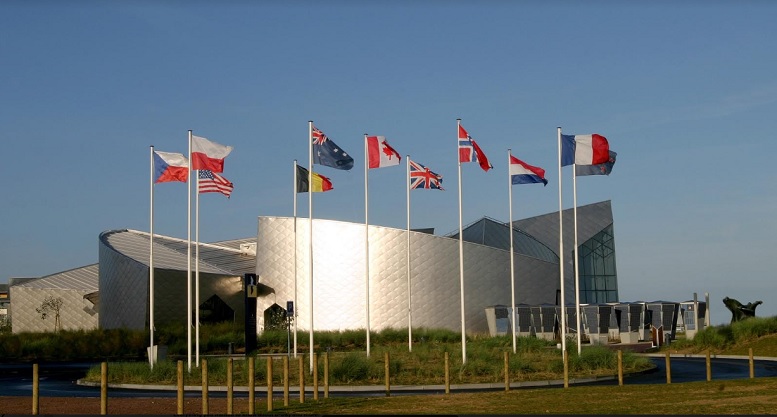 The exterior of the Canadian Juno Beach Centre museum showing the flags of the Allied nations of the war. (JBCA)

This year being the 75th anniversary of the massive invasion of enemy held territory, many ceremonies are planned with numerous dignitaries. The Juno Centre is gearing up as well with a special exhibit this year to note the role of women, and the effect of war on them whether in uniform or on the home front.

Temporary exhibit on now, Great Women of the War

It is expected that in this anniversary year, vast numbers of people from around the world will travel to Normandy to take in the ceremonies and remember one of the greatest feats of the Second World War, and remember all those who suffered and sacrificed on all sides.

The Centre strives to be much more than just a museum of D-Day itself, and goes to great lengths to talk about other effects of the war on people and the country of Canada. 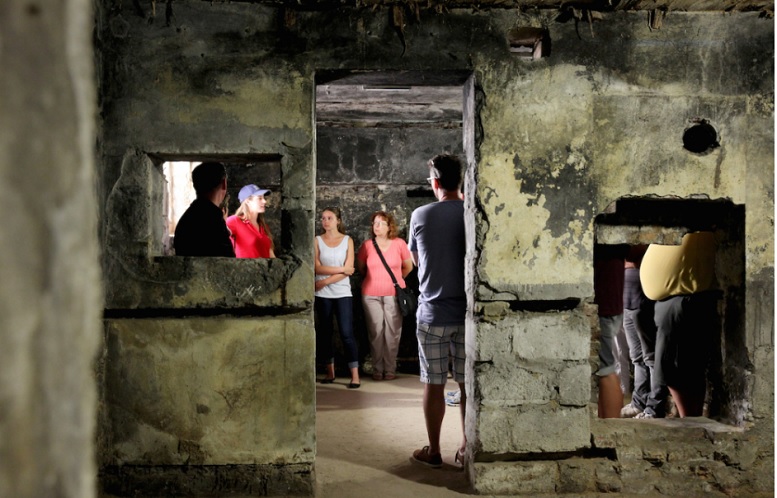 A Canadian student guide leads a group through the excavated bunkers on site in Juno Park. (JBC)

Letter from a visitor to the Juno Beach Centre- April 2019


I just wanted to tell you that the Centre is the best museum I’ve ever been to, and as someone who’s been lucky enough to’ve studied history at Harvard and has access to the Imperial War Museum here in London, I was absolutely impressed and moved by your curation, content, and the incredible thoughtfulness you’ve put into your exhibitions.

In all my years going to museums around the world, I’ve never come across a place that has put so much effort into providing the cultural and political context to the war, has been so successful in making all the exhibits interestingly interactive and most strikingly, have a space honouring the experiences of Canadian minorities and their parts in the war.Being British, one learns about a lot about the Battle of Britain, the battle at El Alamein, Operation Market Garden etc., but never anything about the Canadian involvement bar Juno – unless you decide to dig deeper yourself.

One of the most poignant moments for me was seeing a section about the defence of Hong Kong in your exhibition. I have to admit, I got very emotional seeing this as although I’m British, I’m ethnically Hong Kong Chinese, and no one I’ve ever met – no one – ever talks about the defence and fall of Hong Kong. But there it was in black and white up on the wall, and I had no idea the Royal Rifles and the Winnipeg Grenadiers had gallantly helped defend our island. And then the picture of Repulse Bay came up, and I could see the place in the Bay where my parents are living now.It all brought it very close to home for me, and along with your period radio sets playing their original broadcasts (stroke of genius by your curators by the way!), the story of the RCAF officers, the merchant navy,  you completely bowled me over with your thoughtfulness and attention to detail-

So thank you once again for everything you’re doing – I really appreciate it, and so should the world.