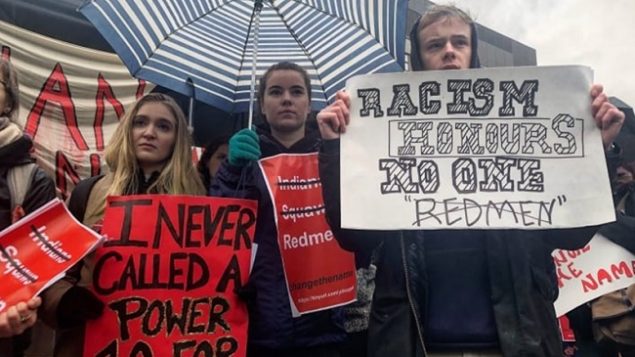 Protesters, as well as other students faculty and staff have pressed the university to drop the Redmen name. (Jessica Deer/CBC)

McGill University has announced the name Redmen will no longer be used by its sports teams. The name was adopted in the 1920s and at the time it did not refer to Indigenous people but rather to the teams’ red uniforms. There were times over the years however when the name Redmen was associated with First Nations and now it is considered to be an offensive term.

McGill’s principal said in a statement that there was extensive consultation on the matter. McGill had to weigh pride for “the rich tradition and history of varsity sports” against the “true depths of pain caused by the Redmen name” among Indigenous students. There have been similar protests over team names in other parts of Canada and the United States.

A committee will be struck to discuss and choose a new name for McGill sports teams. 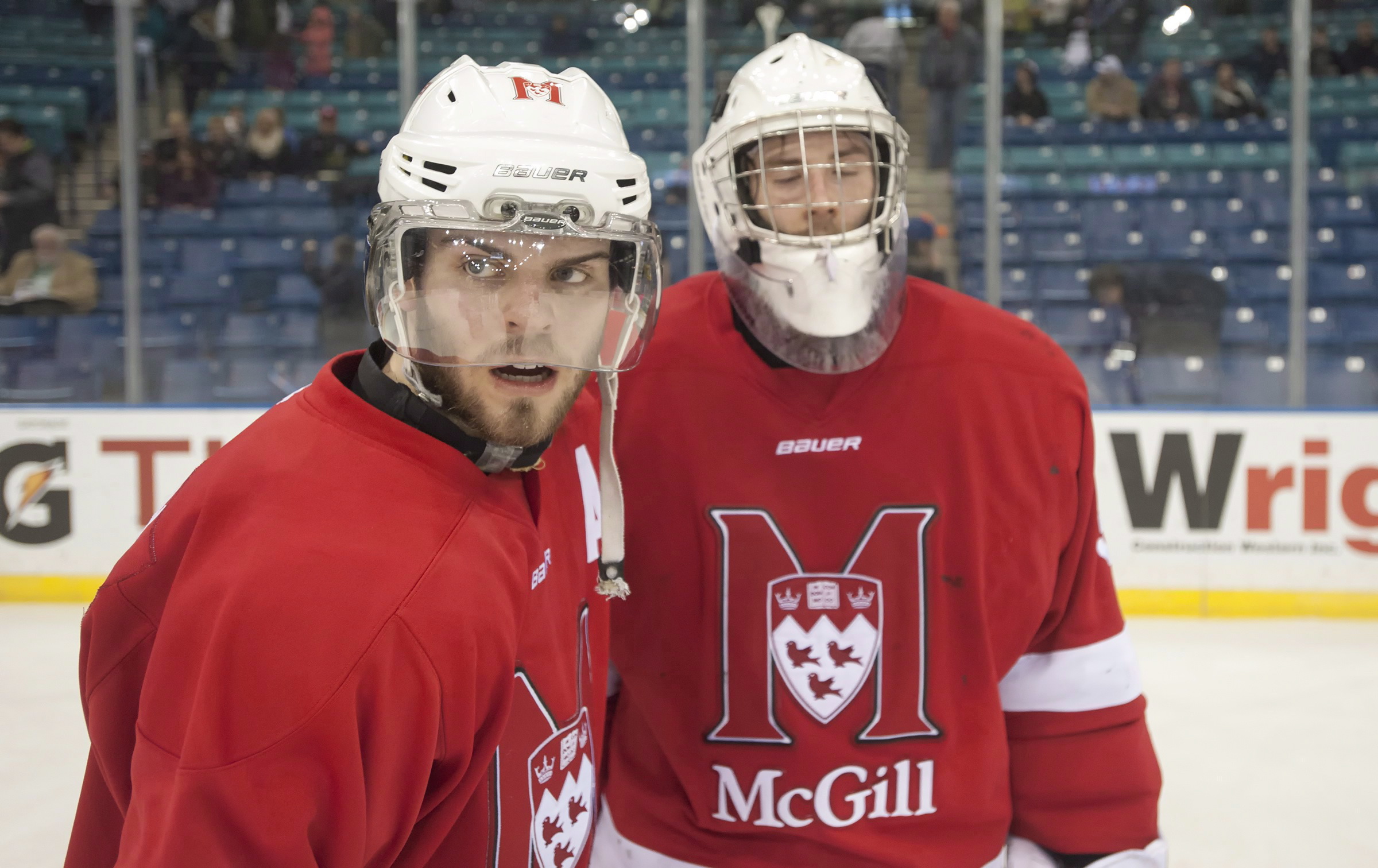